Atromg8 Partners with Sendvalu on Effective Cross-border Payment and Remittance 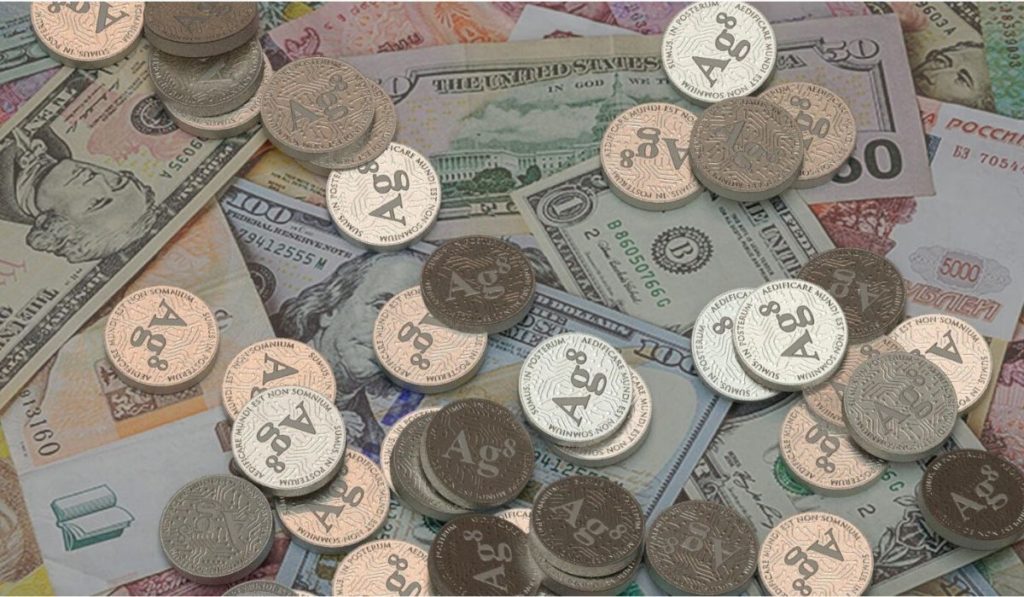 The Unique Multi-DLT and blockchain landscape, ATROMG8 has been grabbing the headlines lately for its all-new emerging technologies maneuvers. Crossing another milestone in achieving its goal of a reliably decentralized future, the company has announced a significant partnership with Sendvalu, a renowned global money transfer service. The two market giants have joined hands in making the Sendvalu services available to the ATROMG8 community worldwide. The project is currently focused on Latin America, specifically the Brazilian market, to provide the complete benefits of a proactive communication and money transaction service to all.

The world is a global village marked with millions of people floating abroad for jobs and livelihood. The Migration Data Portal noted that in mid-2019, migrant workers constituted 271.6 million, i.e about 65% of the world’s international migrant population. 2.7% of this class resides and works in the Latin American and Caribbean regions. Most of this population is engaged in hard and low-paying jobs, where once the wages are received, the process of transferring it to the family members residing far away at their homes becomes a daunting process.

Especially among the low-earning strata, either the sender, the recipient or both do not hold personal bank accounts, which compels the masses to convert their money with rates ranging upto 30% to later be changed back locally. The number of overseas transactions recorded in the higher income brackets is 56% more than that of lower-income brackets. Evidently, the physical accumulation and conversion of money to later transfer it manually pose the owner with a high risk of losing the money, accompanied by the inconvenience this causes as it is.

ATROMG8, in an attempt to generate a perpetual solution for the issue, has joined hands with Sendvalu.com in offering Sendvalu’s services in South America. As per the project, Brazil is to be set as a hotspot for the transaction of money to almost 200,000 payout points in 75 countries. ATROMG8 would provide each of its active users with a digital bank card to be used in nation-wide transactions from Brazil using a POS charging network.

The entire transaction and communication process is to remain the same as traditional, but with the difference that the online platform would run on the Blockchain technology and the information exchange will take place over the 5.0. MixNet Superstructure which operates through the ATROMG8 coin. This will enhance the security and ease of transaction, with reduced risk of leaving metadata on the internet. Moreover, with the implementation of the ATROMG8 – Sendvalu project, the user would be accounted for with an absolute minimal fee structure.

Digital banking groups such as the DIGITAL Banks Group in Brazil as well as Aleph Bank or Pride Bank will also create bases here which will be connected to support this service and to improve the offer further. Currently, only licensed partners are included in this network to maintain time for market planning.

ATROMG8 is a leading communication service provider that started with an aim to connect millions of active users through its products and services from different parts of the globe. However, the primary vision of this organization is to provide its consumers with a unique experience that will enable them to keep their data safe and secure. In pursuit of its vision, the company has devised numerous tools and services including its decentralized messaging and payment gateway facility that went live early in 2020. ATROMG8 also plays a key role in the development of the world’s first independent satellite communication network which serves the exclusive function of accessing distributed ledgers.

Sendvalu is a monetary service provider stirred from the vision to enable transactions in every part of the world. The organization aims towards the people from lower-income groups who are staying far away from their families and need to send money to their family members at a low cost. Sendvalu was among the earliest so-called Remittance societies which identified the void in this sphere. It has now been 14 years since Sendvalu began to continuously expand its service, making cross-country transactions cheaper and efficient, thus offering their consumers real-time exchange rates.

The novel app is expected to possess the capabilities of 15 different applications that will add more convenience to the life of the consumers, enabling them to get their job done effectively. In its initial phase of the launch, the pilot project will help the organizations to get detailed feedback from the users. After rectifying the flaws of the pilot project, the new app will be launched in the global marketplace at the disposal of the larger section of market users. The platform features are to be enriched further with time and the number of users availing of the services. The Implementation is reportedly scheduled for the Q2 of 2020.

Cryptocurrency traders on Bisq are using Revolut to buy and sell bitcoin without the need for KYC/AML. The decentralized, peer-to-peer marketplace allows anyone to buy or sell cryptocurrency via a ran...
Read More

How Ethereum Is Shaping Up to Be a Digital Finance Powerhouse

The store of value narrative has largely been applied to Bitcoin over the past couple of years. BTC is often labeled ‘digital gold’ and this year’s hodling has proved that people are still willi...
Read More

A Few Benefits for Bitcoin Beginners to Appreciate

If you are considering entering the crypto universe or if you’ve only recently made your first investment, you might still be exploring the benefits of bitcoin as opposed to your credit card, on...
Read More

US federal judge allowed the IRS to demand information about users’ assets from Bitstamp crypto exchange, although the agency was also ordered to reduce the number of requests. The IRS’s ...
Read More

The fees that the Ethereum users pay for using the robustness of the network are now bigger than what the network spends to keep the pace. The Tokenanalyst data published by Ankit Chipluncar claims i...
Read More