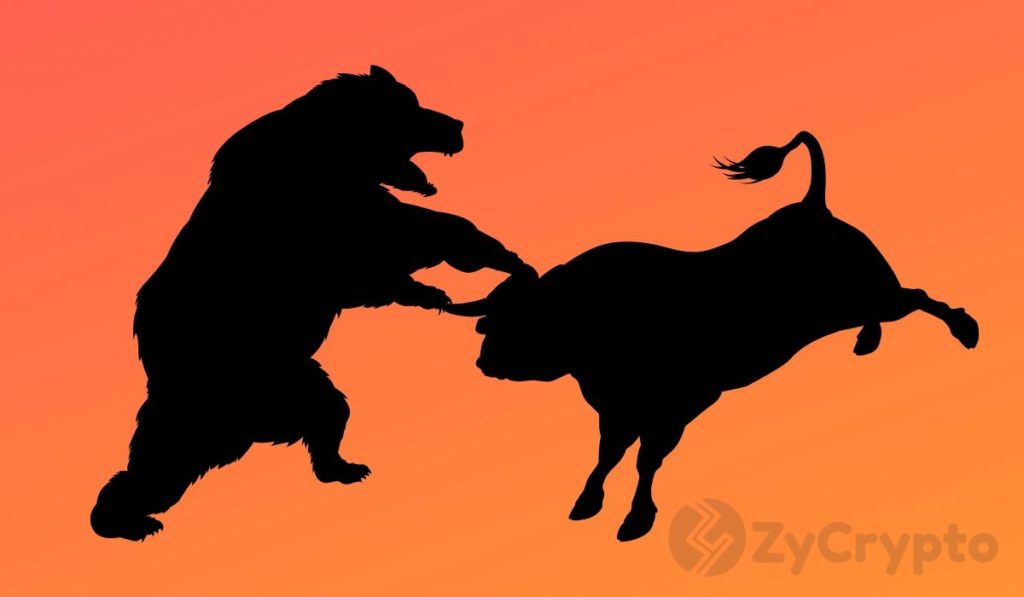 Bitcoin has remained in a daily downtrend for the past two weeks and the price keeps falling slowly but steady. The only good news for investors is the lack of trading volume which indicates that only a few people are selling.

It also means that not many people are willing to buy, perhaps because they are waiting for Bitcoin to test an important support level at $7300. The bulls have been able to defend $8000 but haven’t seen a bounce afterward.

What Are Analysts Saying?

A few cryptocurrency traders like Ezy Bitcoin on Twitter seem to think that $7900 is a significant support level and will determine whether Bitcoin goes into a bull market again or keeps falling.

$7900 is an important support now.
If it breakdown –> Welcome to bear market.
If it bounce around here –> Bull market continue.#BTC #Bitcoin pic.twitter.com/4RyvH1tS1B

According to NewsBTC’s Aayush Jindal, Bitcoin is currently set for a breakdown below $8000 until the support level at $7800.

The analysis shows a few major bearish signs that indicate Bitcoin’s price will decline even further.

What is the Most Likely Scenario?

It’s quite hard to determine where Bitcoin will go next. There are definitely a lot of bearish signs, however, the lack of trading volume should be quite concerning for the bears.

Usually, after Bitcoin’s price crosses an important support or resistance level, it is followed by a significant increase in trading volume. The bears have been able to break below $9000 and down to $8000 and the volume is still low.

The long-term charts are actually in favor of the bulls. The monthly chart, for instance, has been bullish throughout the whole year. The bulls are currently looking to set a higher low and continue the uptrend above $13700, the highest price of Bitcoin in 2019.

It’s also always important to remember that Bitcoin halving is set to happen in May 2020, only 5 months from now. Historically, halvings have been extremely profitable for Bitcoin investors and they usually push the price up a good few months before the event itself.

Bitcoin’s price has been falling for the past 2 weeks but its total market dominance remains high at 66% which indicates the digital asset is still strong and in major control of the whole market.

Bitcoin May Be Forming Long-Term Bottom as Bulls Fight Back

After an extended period of trading sideways around $8,500, Bitcoin’s bulls have begun to fight back, pushing the crypto towards $8,700. In spite of this upwards movement today, it is important to n...
Read More

The price of Bitcoin has been quite indecisive for the past 3 days as the bulls are currently trying to set a daily higher low. The bulls have experienced two fakeouts already, however, the bears are...
Read More

Bitcoin’s Daily Active Addresses Continues to Grow; Is this a Clear Bullish Indicator?

Bitcoin could hit $10k as quickly as it could go down to $6k, here’s why

According to Kraken’s monthly Bitcoin volatility report, certain significant indicators show that Bitcoin could experience increased levels of volatility in the coming weeks. This could lead to...
Read More

The crypto market has seen some intense turbulence throughout the past few days, with Bitcoin firmly guiding most altcoins’ price action over the past few weeks. BTC’s lackluster price action has ...
Read More