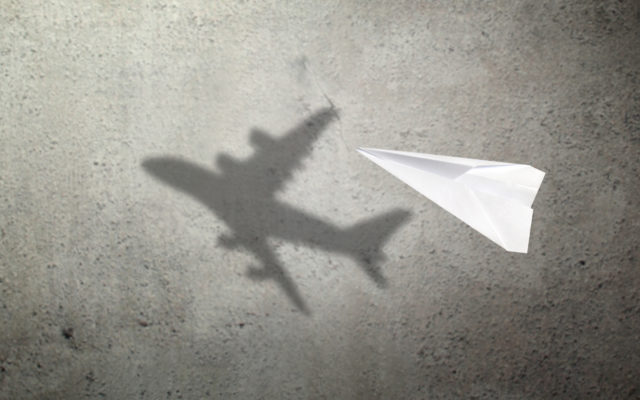 Models on Bitcoin (BTC) future behavior see the coin as following a path of appreciation over the years, potentially suggesting that future prices would follow the same trend. But new research suggests the “corridor of growth” may be an exercise in retrofitting, and not of prediction.

It is true that Bitcoin has grown over the years, but the scenario of perpetual growth, fueled by adoption and reward halvings, does not hold to statistical analysis.

The natural growth channel model, proposed by Harold Christopher Burger, fits BTC price growth into a directed, price-limited chart of growth, based on a regression of prices. The model falsification arrives a few weeks after in-depth analysis also debunked the stock-to-flow narrative.

However, this model only uses past data – and it may not hold true in the future. In fact, the model does not even work completely for past data, reveals the analysis of BurgerCrypto.com. However, the “corridor of growth” model has been rather influential in anticipating constant bitcoin growth, despite fluctuations.

The search for models arrives at a time when bitcoin is once again seeking direction, with predictions for 2020 ranging from another all-time high, to a return to a lower tier. The channel of growth is also suggesting hopes of BTC prices at $50,000 or even $100,000.

BurgerCrypto.com does not make a direct price prediction, but only notes that the model under discussion is not a good fit for price movements. In the case of bitcoin, price discovery has varied over the years, and has been fueled by different factors. The pressures that lifted the price from a few cents to $1 in the earliest trading were not the same as the speculation during the Mt. Gox era.

From 2017 onward, bitcoin price discovery has happened on multiple exchanges, and with liquidity coming in from stablecoins. And after 2018, futures markets also work as a price-setting mechanism.

Bitcoin has moved down toward the end of 2019, with slim expectations of a December rally. BTC has habitually gained in December in the past few years, though moves in the opposite direction are also a possibility.

The leading coin traded at $7,247.46 on Monday, breaking down from a hike above $7,400 over the weekend. At this point, price factors for BTC include the overall world economy pace, as well as US stock performance and political stability.

What do you think about BTC price models and future predictions? Share your thoughts in the comments section below!

The post Bitcoin “Natural Corridor of Growth” Not Guaranteed appeared first on Bitcoinist.com.

Cane Island Analyst Timothy Peterson maybe one of the only analysts to have accurately predicted the end of year bitcoin price . His analysis back in March this year, stated that the leading cryptoass...
Read More

Bitcoin Is Still Tracing a Textbook Pattern Predicting a Crash to $8,000

It’s clear that Bitcoin is building towards a breakout. The cryptocurrency has converged towards supports in low-$9,000s, with volatility reaching multi-week and multi-month lows. Unfortunately ...
Read More

Bitcoin has continued to flatline for the umpteenth week in a row. As of this article’s writing, the leading cryptocurrency trades just a few basis points below $9,200. Despite the unpredictabil...
Read More

Bitcoin has surged higher over the past 48 hours due to positive fundamental trends. The cryptocurrency, which traded as low as $10,400 just a week ago, now trades for $11,400. Less than a few hours a...
Read More

“Massive” Wave Of OTC Buying Could Be Behind Bitcoin Bull Impulse

Yesterday, Bitcoin experienced a major breakout through $12,000 and in a flash was trading above $13,000. Buying on exchanges is picking up, which is, in turn, driving up prices. However, a “mas...
Read More