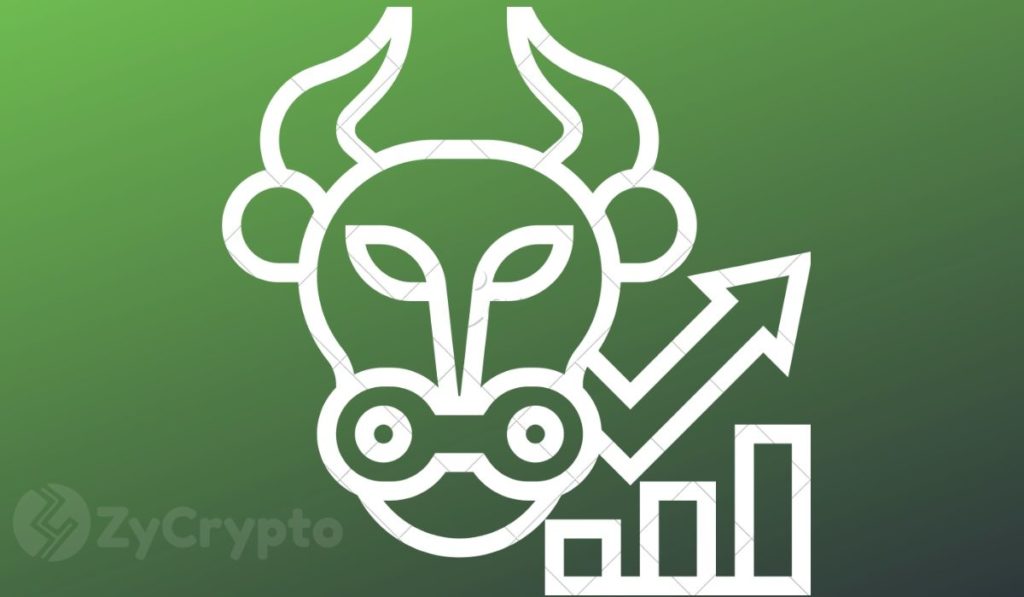 Besides a few dead cat bounces, bitcoin price action has generally been boring in the past couple of weeks. Since touching $10k in late-October, the top crypto has slumped by 25% and the fact that the bulls have failed to initiate an impressive pre-halving rally has only exacerbated the situation for the investors.

Nonetheless, analyst Willy Woo claims that bitcoin’s on-chain momentum is turning bullish and this is an indication that the bulls are closing ranks.

Popular analyst and partner at crypto hedge fund Adaptive Capital, Willy Woo recently pointed out that we are about to see a bull run, thanks to bitcoin’s bullish on-chain momentum. Woo kept the name of the particular indicator a secret because it’s “proprietary” to Adaptive Capital, though he stated that the indicator tracks investors’ momentum. As per Woo, investors are about to start front-running ahead of the halving next year.

Woo went on to say that the bottom is in, suggesting that any significant move downhill will basically be a “wick in the macro view”.

On-chain momentum is crossing into bullish. Prep for halvening front running here on in. Can't say what this indicator is, as it's proprietary to @AdaptiveFund, but it tracks investor momentum. The bottom is mostly likely in, anything lower will be just a wick in the macro view. pic.twitter.com/WqiPRpweUv

When one follower asked how confident he is about this analysis, he asserted that he only tweets when he’s at “high confidence” to avoid damaging his reputation.

While Woo’s words hold a lot of weight, he isn’t the only one who believes bitcoin’s on-chain momentum is catnip for bulls. In an elaborate twitter thread, Philip Swift, the founder of LookIntoBitcoin.com cited a couple of reasons why he believes BTC is heading higher: Bitcoin Network Momentum being one of them. He said:

“Also keep an eye on Bitcoin Network Momentum. At this point in prior cycles, we saw rapid increases in on-chain BTC volumes for 6-10wks b4 bull market started. Worth watching, for now, to see if this repeats following recent uptick.”

Crypto swing trader and chartist by the name @HaloCrypto (Mr. Chief) cited that he is bullish about bitcoin in the near-term. He captioned a chart showing that bitcoin has broken above a key trend line that has held for more than a month. Also, BTC is in an ascending channel which means that BTC might reclaim $8,500 very soon.

Bullish on BTC in the near future

Bitcoin sneaking past $8,500 would mark a triumphant 12% jump from the present level. The top crypto is currently exchanging hands $7,571.10 and has gained 0.09 percent on the day.

After facing a sharp drop into the upper-$6,000 region yesterday morning, Bitcoin’s bulls have stepped up and propelled the crypto higher, laying the foundations for the cryptocurrency’s recent lo...
Read More

While some analysts are still expecting Bitcoin (BTC) to fall further, it appears that fundamentals and on-chain metrics are starting to imply bulls have the upper hand. Related Reading: Bitcoin CME ...
Read More

In the crypto market, there’s an ongoing bullish bias that constantly permeates the market. However, there’s no denying that the entire market, including Bitcoin, has been in a downtrend for the l...
Read More