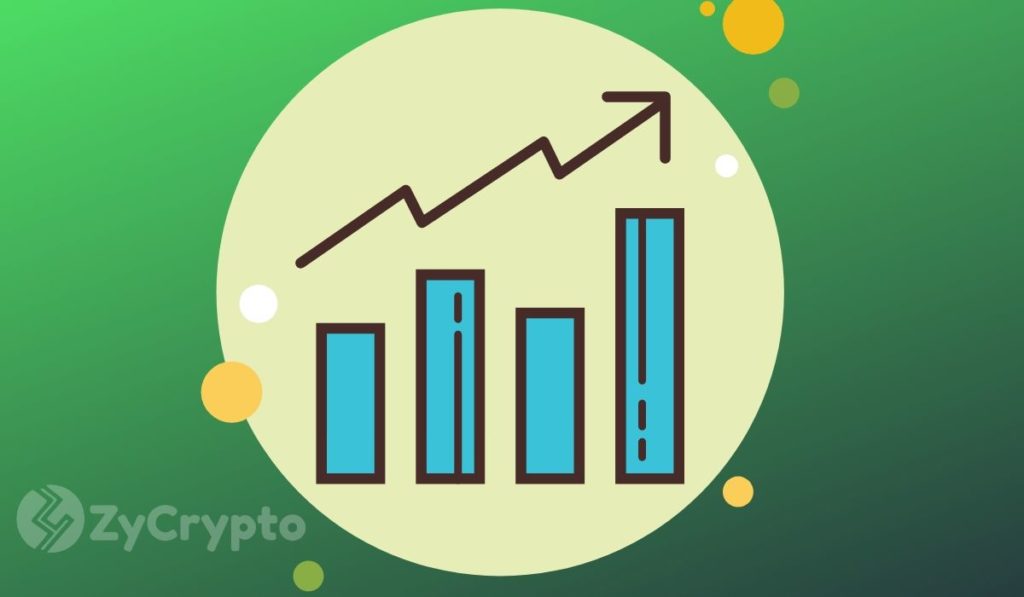 The bitcoin network remains strong with gains in both activity and adoption, exceeding the expectations of many traders and analysts just 2 days after the halving, according to data obtained by the cryptoanalysis company Glassnode.

The transaction fees have increased exponentially, to the extent that miners are getting 2 to 4 USD per transaction in fees, which translates to almost 1 BTC per block. Add the mining rewards to that equation and you will get a total profit of 7.5 to 8 BTC per block, which is not severe at all considering how well BTC is performing in the markets.

Bitcoin’s Hash rates were not too affected by the halving, as it only fell a little before recovering against all odds. 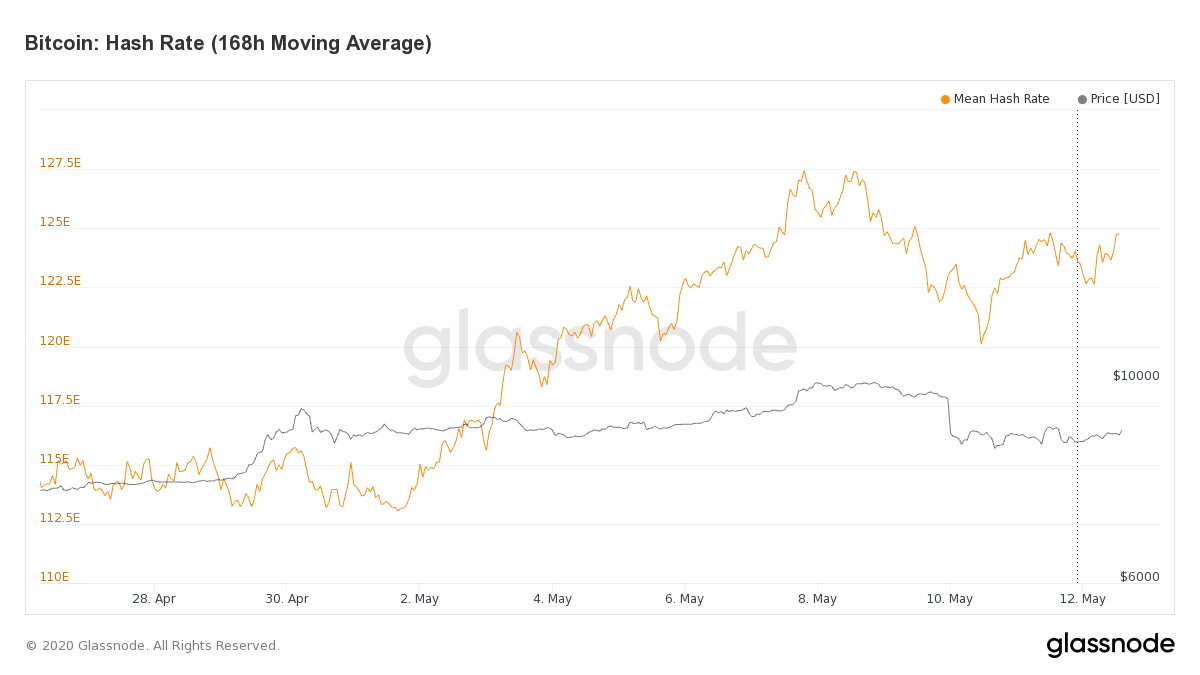 Despite increases in Transaction Fees and a 50% reduction in miners’ earnings after halving, the network remains solid, according to data presented in Glassnode’s report “The Week On-Chain”.

“Bitcoin on-chain fundamentals dropped slightly in Week 19. GNI registered a 2 point decrease over the week, pushing its overall assessment of the Bitcoin ecosystem to 74 points, the 10th highest weekly value since 2017. This downturn was mainly driven by the Sentiment subindex, which decreased by 13 points”. 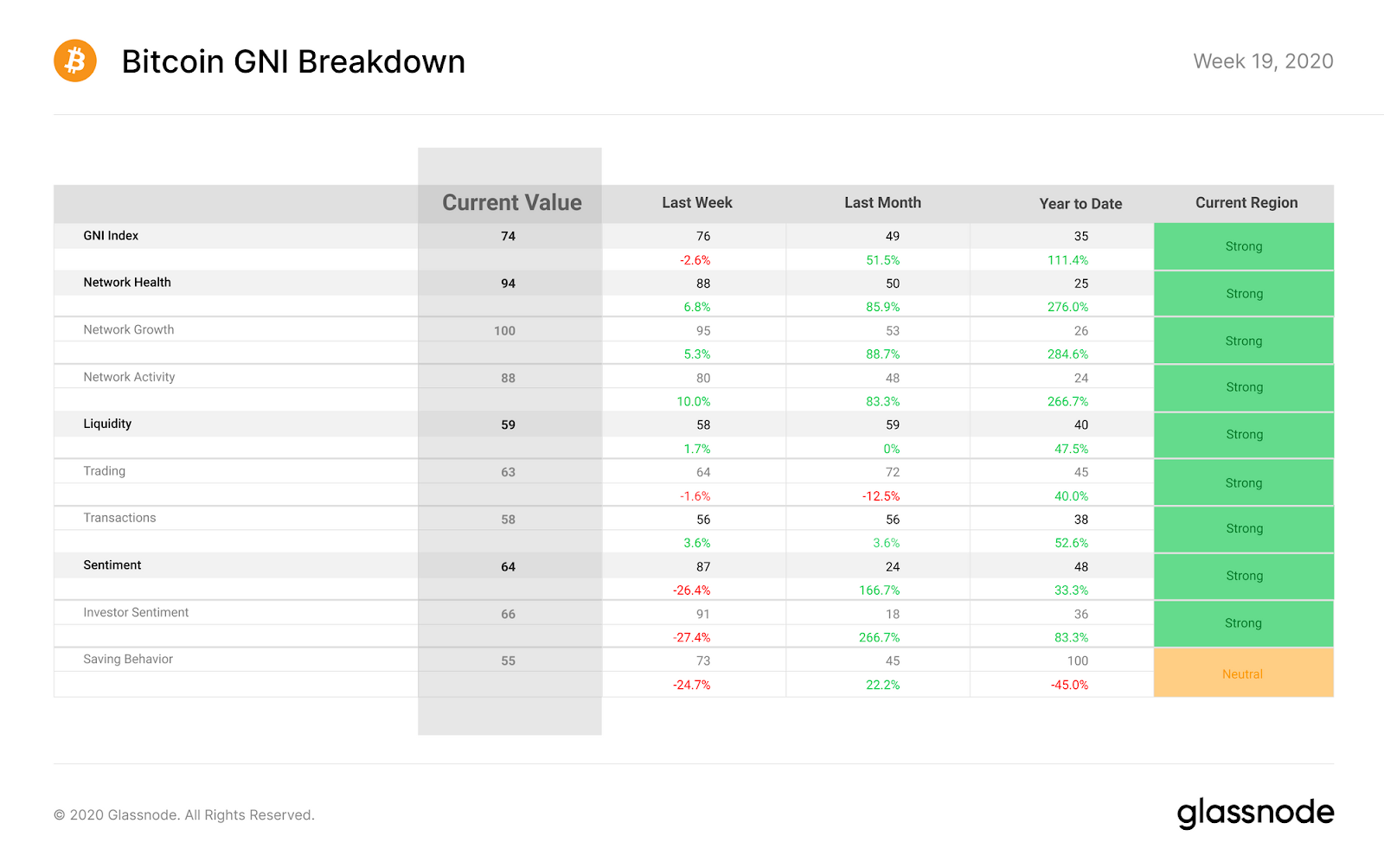 According to Glassnode’s data, the Bitcoin Network reached the “highest possible value for the first time since 2017,[ obtaining ] solid gains in both Network Growth and Network Activity”. This could imply that users are increasingly more interested in Bitcoin over other cryptocurrencies. 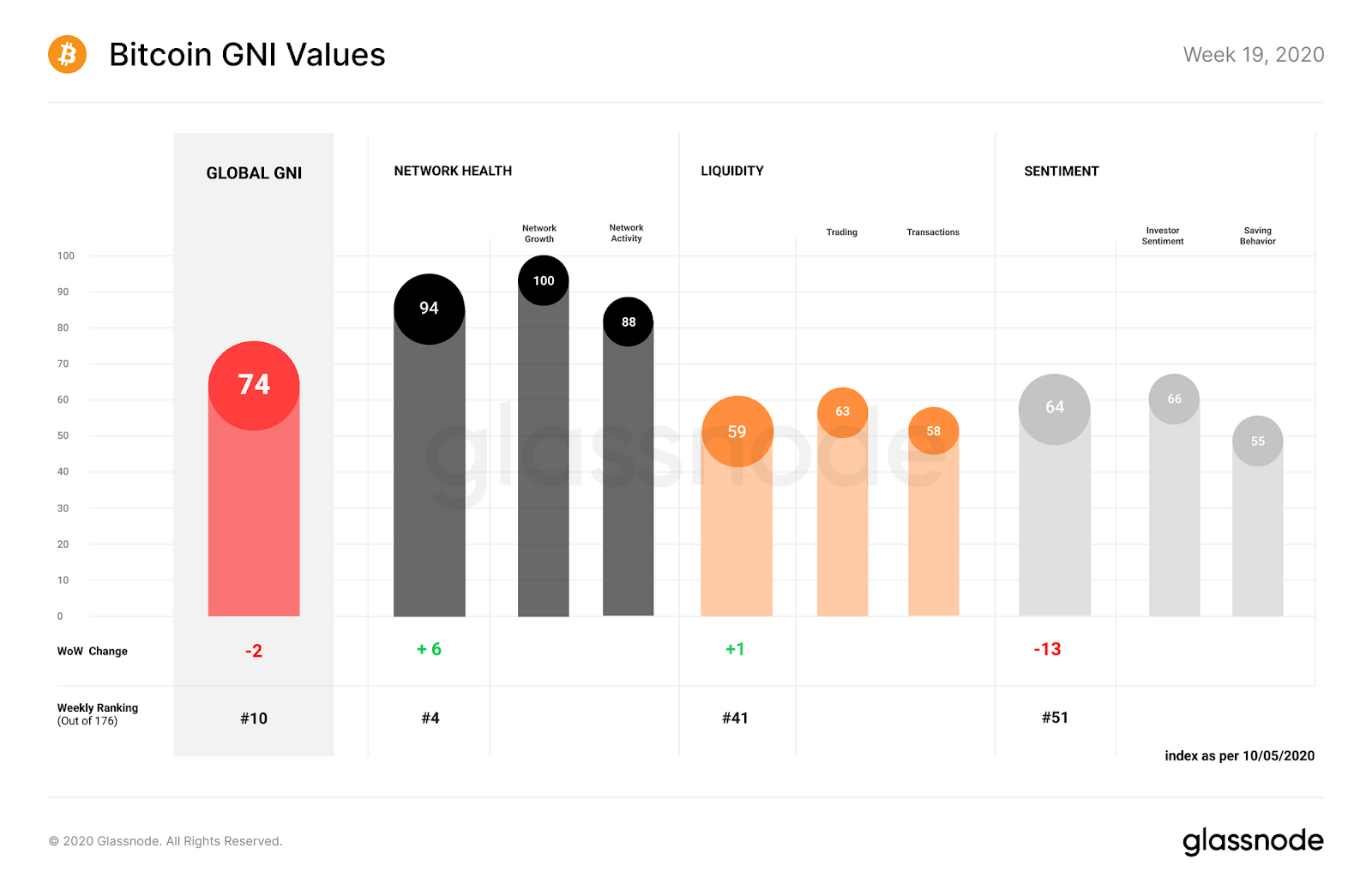 On the other hand, transaction liquidity increased while Trading Liquidity decreased, as FOMO and hype started to fade away from the markets and people slowly started to use Bitcoin as a store of value (SoV) payment method instead of just speculating with it.

All these improvements that the bitcoin network is experiencing, are helping to the inevitability of massive BTC adoption, even by those trusting in traditional finance who previously referred to crypto as a fraud and a bubble.

Moreover, billionaire investors such as Michael Novogratz reiterate their confidence in Bitcoin. In a recent interview, the crypto billionaire said that ‘This is Perfect Timing’ for crypto.

Yesterday, Bitcoin surpassed $9,000, costing $9,430 at the time of writing. Since its halving on Monday, BTC price hasn’t begotten any major corrections, staying above $8,500 and demonstrating a healthy performance and increased user confidence.

As the halving day gets even closer, Bitcoin transaction fees have jumped a whopping 400%, after hitting $2.30, a figure that has not been observed in the past ten months. In the past few days, BTC p...
Read More

The halving has caused the transaction fees on both the Bitcoin and the Ethereum network to increase significantly, with Bitcoin recording a growth of 800% in the past 3 months. However, median transa...
Read More

The Bitcoin network is currently experiencing a significant fall in transaction fees, making it now way cheaper to send BTC than it was merely a month ago. At the moment, the average one can pay for ...
Read More

Over the summer months, Ethereum transaction fees ran hot, causing the DeFi trend and Uniswap token swapping boom to finally run out of steam. But as transaction fees begin to pick up again after a pe...
Read More