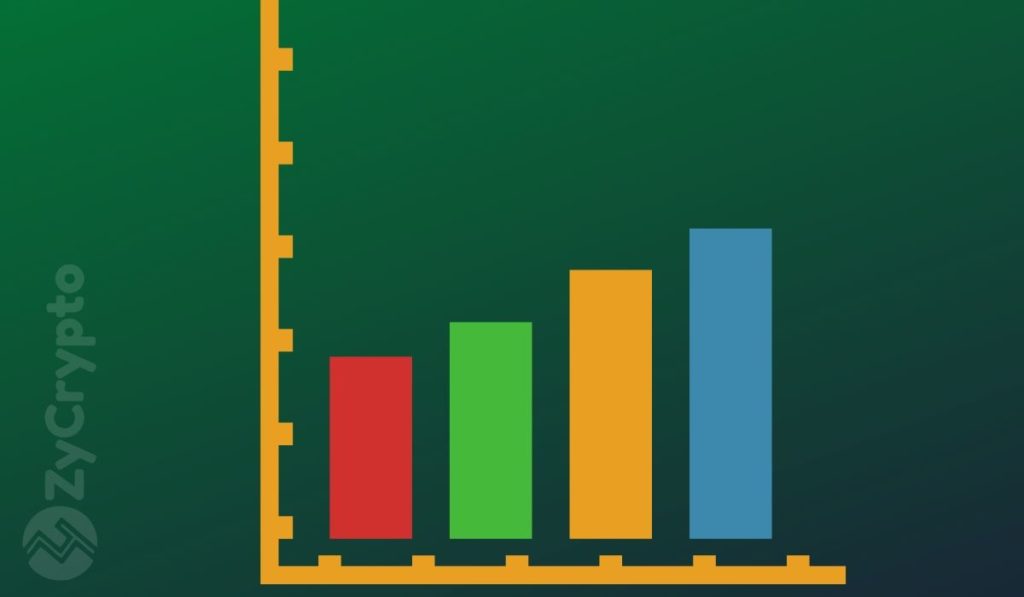 Cryptocurrencies total market capitalization is closing in on the $200 billion level following a massive sector-wide price rally. A majority of the digital assets recorded double-digit price growth in the last 24 hours as the crypto market continues to recover from the past week’s flash crash.

The top three cryptocurrencies led the price rally as the total market cap increased by about $40 billion in a sustained two-day price surge between March 19 and 20. The total cap grew from around $151 billion at the beginning of March 19 to reach a high of around $191 billion on March 20 before retracing to about $187 billion by noon.

The top three cryptocurrencies recorded remarkable price increases during this period, which immensely boosted the entire market valuation. At the time of writing, Bitcoin, Ethereum, and XRP prices were up by 25%, 26%, and 19% respectively in the last 24 hours.

Ethereum followed a similar pattern rising from around $115 to peak in the $150 region over the two days. XRP grew from the $0.14 level and reached a high of $0.17 in the same period.

Other cryptocurrencies in the top 10 by market cap followed the same pattern to put the icing on a period of remarkable performance for digital assets. Only, Tether (USDT) bucked the trend by retaining its value around the $1 price as is expected of the stablecoin.

The other six assets, Bitcoin Cash (BCH), Bitcoin SV (BSV), Litecoin (LTC), EOS, Binance Coin (BNB), and Tezos all recorded growth of over 15% between March 19 and 20. 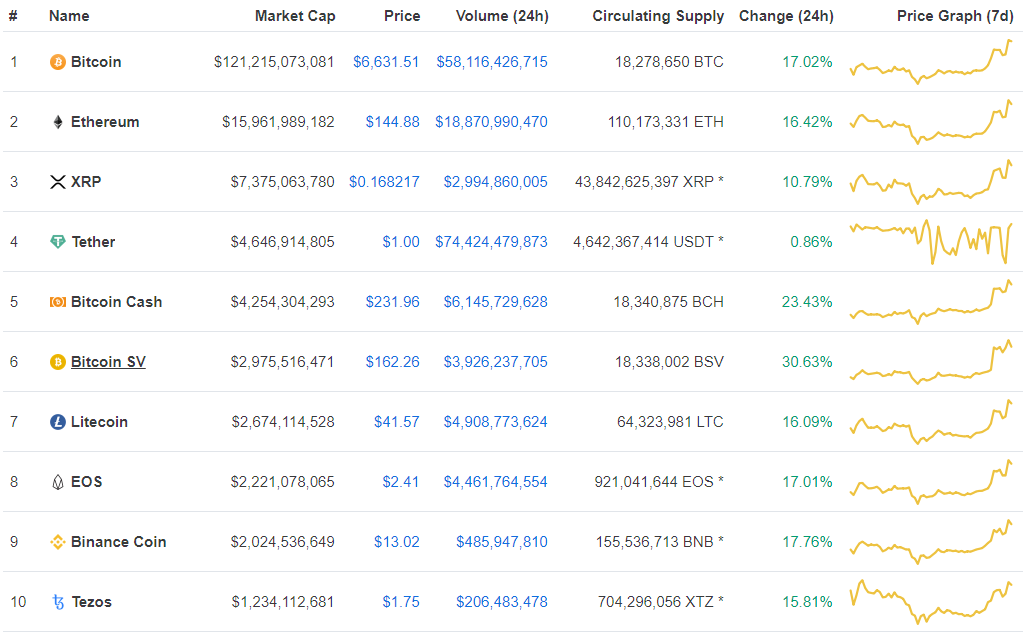 Bitcoin SV stood out from the rest of the top cryptocurrencies, by gaining about half of its value in a few hours. BSV price surged by approximately 49%, rising from its $117 price on March 19 to peak at $174 on March 20.

The sixth-ranked cryptocurrency had retraced to around $162 at the time of writing. Still, this translates to an astonishing 30% gain over the last 24 hours.

This recent surge in crypto prices comes in the midst of a rough period for digital assets instigated by fears of a global economic downturn. This news will provide reassurance to the crypto investors that a much-needed recovery is imminent.

Fintech companies in the Federal Republic are quickly moving to develop and offer custodial solutions for digital assets under the new German legislation that will allow banks to store, transfer and t...
Read More

XRP HODLers Suffer Great Loss From Market Turmoil – Is A Boom-Bust Cycle On The Horizon?

Cryptocurrency investors witnessed the greatest daily loss on March 12 with close to $100 billion wiped from the market within a few hours. The top 10 cryptocurrencies accounted for a huge proportion...
Read More