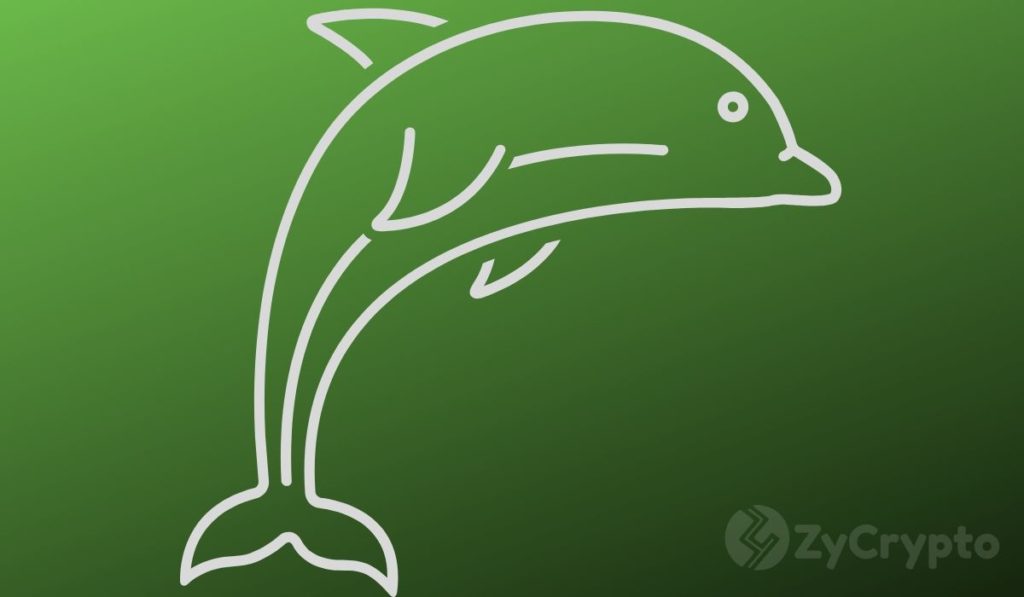 The price of Ethereum has been stagnant for the past weeks trading in-between a tightening range. It seems that neither the bulls or bears want to pull the trigger but that hasn’t stopped other investors from accumulating the digital asset.

According to a recent report by ‘Santiment’, the whale addresses of ETH have hit a 10-month high.

1/ $ETH whale addresses have just hit a 10-month high with the cumulative holdings of the top 100 non-exchange wallets now owning over 21,800,000 #Ethereum (About $4.5 billion at current price).

This is the largest collective balance held within the top pic.twitter.com/AJgfgsYFE5

They are currently owning more than 21,800,000 Ethereum coins. The report also states that in the last two days, the top ETH addresses have added around 145,000 more ETH to their holdings.

Top Ethereum addresses have been growing their holdings significantly over the past 5 months even though the current price of ETH is basically the same it was back in September 2019 when the top holders had almost half ETH.

Ethereum Looking For A Bull Break

Despite trading sideways for weeks, Ethereum’s short-term outlook still looks bullish and it is currently attempting to break $215 and $220, crucial resistance levels that could boost Ethereum up to $240 if they are broken convincingly.

Ethereum is also in a weekly bull flag which would be confirmed if the bulls break the resistance levels previously mentioned. The trading volume has been dwindling significantly for Ethereum over the past month which indicates a big move is likely to happen soon.

On BitMEX, Ethereum longs are dominating shorts, however, this could lead to a long squeeze in the event of a sudden crash. Bears would need to see a crash down to $190 for that to happen, something that doesn’t seem likely right now. 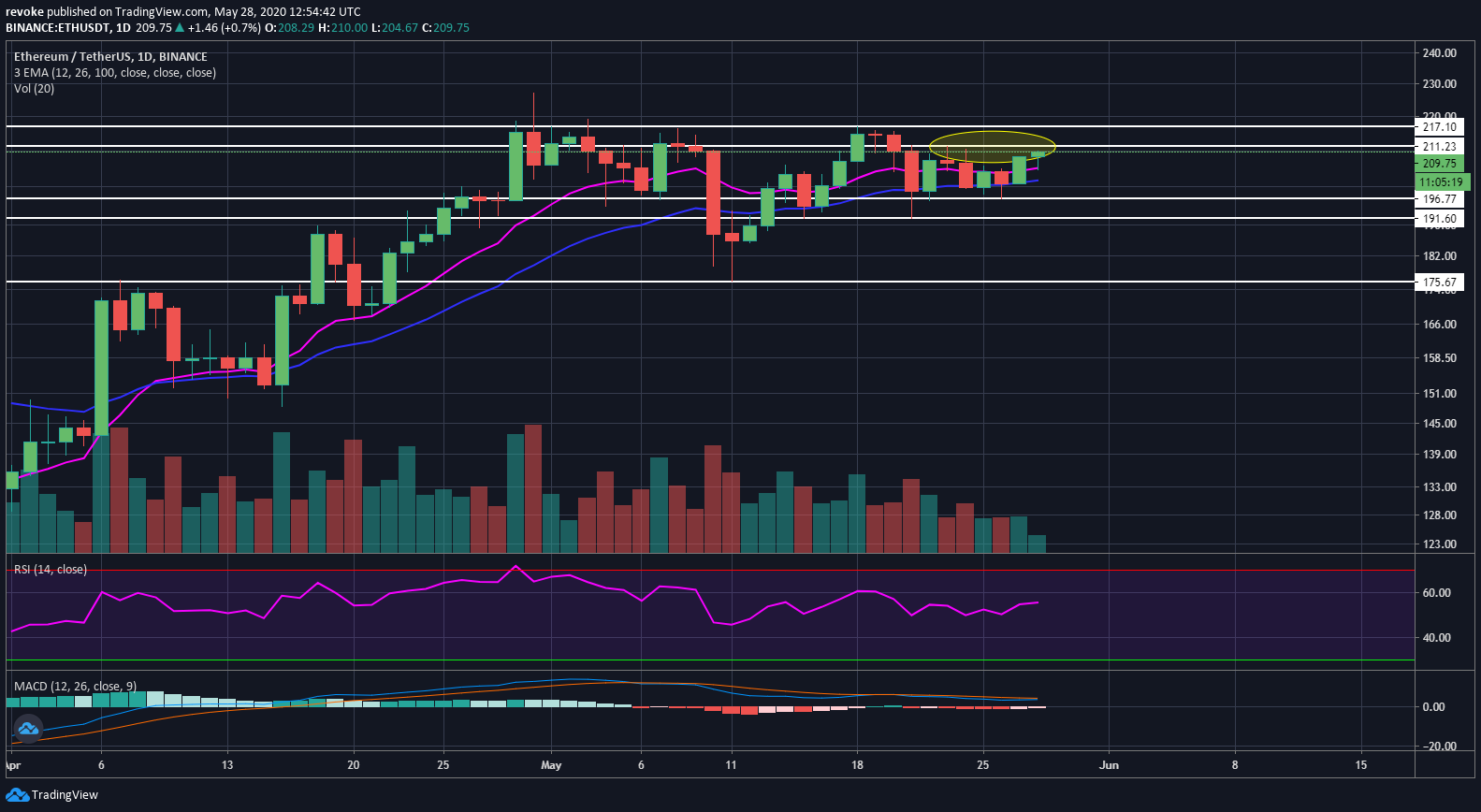 The daily chart clearly shows how strong the resistance area between $215-220 is as ETH has been rejected from this area a few times before. Usually, after a few strong rejections the asset crashes down but bulls have been able to buy the dips and maintain Ethereum in a daily uptrend.

Bulls are buying the dip but are not pushing Ethereum above $220 just yet. They would like to see significant increasing bull volume before a clear break and a close above $230.

The total crypto market cap is currently correcting higher from the $170.0B support area. Bitcoin price is up around $250 and it is now trading near the $7,000 resistance area. EOS price jumped from ...
Read More

Ethereum is trading with a bullish angle and it recently surpassed the $135 resistance against the US Dollar. ETH price is likely to continue higher towards $145 and $150. Ethereum is up more than 3%...
Read More

Here’s Why Ethereum Could Dive Significantly Below 100 SMA

Ethereum is trading in a contracting range below the $175 resistance against the US Dollar. ETH price seems to be setting up for the next move either above $200 or towards $152. Ethereum is facing a ...
Read More

This Simple Breakout Pattern Suggests Ethereum Could Rally To $230

Ethereum is currently trading inside a crucial breakout pattern against the US Dollar. ETH price is likely to start a strong increase once it clears the $205 resistance zone. Ethereum is still strugg...
Read More

Ethereum seems to be consolidating above the $232 and $230 support levels against the US Dollar. ETH price must break the $238 and $240 resistance levels to start a fresh increase. Ethereum is curren...
Read More