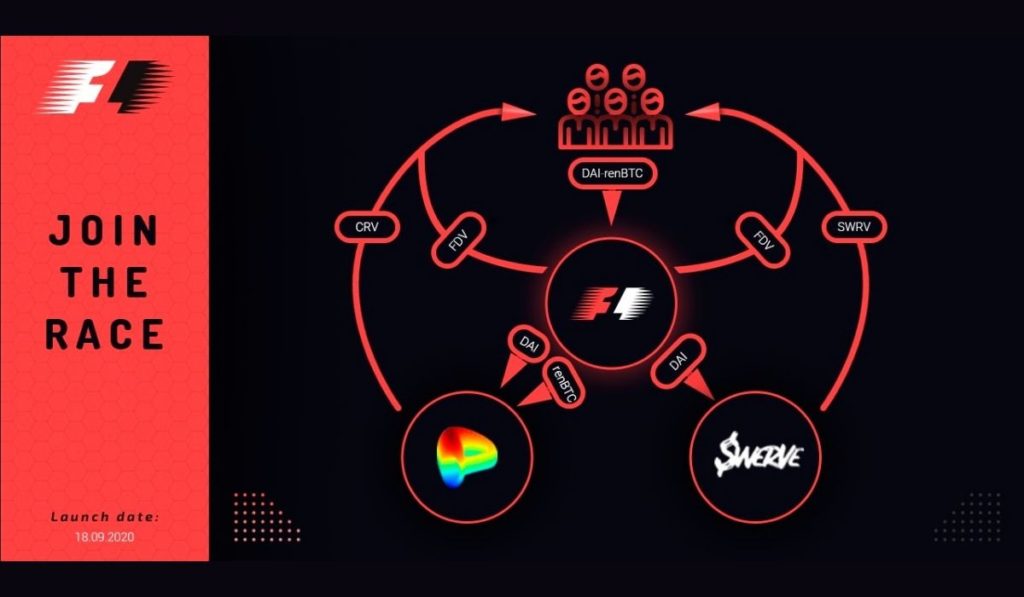 The latest trends in the cryptocurrency market are largely characterized by DeFi gaining more momentum and the upcoming launch of the ETH 2.0 staking algorithm. As both DeFi and staking markets keep growing swiftly, their synergy also strengthens, leading to an increased superposition and consequently more composability.

However, those processes come with a number of complications like increased gas price, the need to constantly monitor the markets closely as well as having to pick between DeFi lending and staking. In order to fix the staking’s existing issues, we have developed an approach that merges staking and liquidity mining, thus enabling our users to have the best of both worlds and solve their major problems, making the complex simple.

FirstDerivative is an intellectual mechanism allowing the user to control the indicator of risk/profitability and to receive a more balanced APY at the decentralized finance market. FDV protocol automatically distributes your assets to the most profitable pool on each platform. In addition, the protocol also takes into consideration the potential profitability boost and profit accounting in DAI, thus simplifying the yield mining process. A simple and intuitive interface automates yield mining in a few clicks so that complex things become easy.

FirstDerivative is a liquidity aggregator for DeFi projects. Initially, liquidity will be provided to the platforms like Curve and Swerve, and as DeFi grows further, new platforms will be added gradually. The users will be able to mine liquidity on the most profitable pools on these platforms, and in the meantime get extra value to their token from liquidity mining. FirstDerivative is equipped with an automated balancer that re-distributes the user’s assets to the most profitable pool on the Curve platform whenever some other pool’s APY becomes higher than the current pool’s. 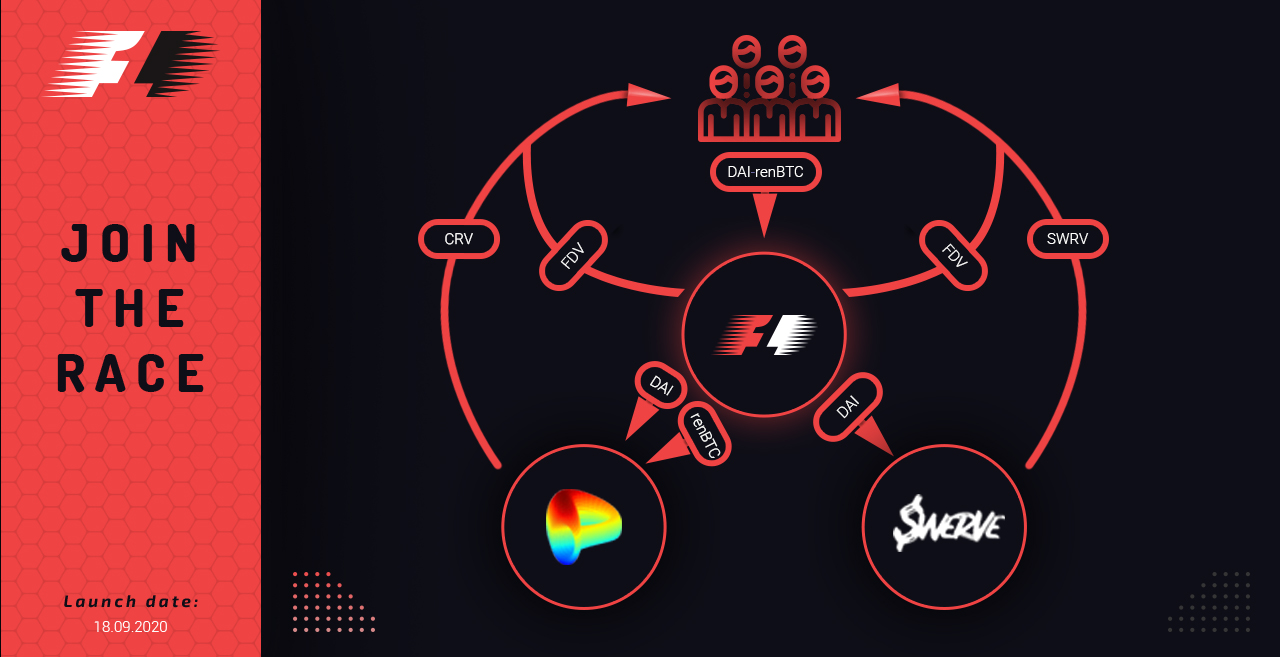 All protocol users receive a native FDV token that will be distributed daily 100 FDV at a time between all liquidity suppliers in protocols and pools proportionally to their deposit of the total liquidity pool provided. During the first week remuneration would be x10, amounting to 1000 FDV per day. In the course of the following two weeks remuneration would reach x5 which equals 500  FDV per day. Maximum token emission is 60000 FDV, and no preliminary issue of tokens is provided for. More specifically, since the entire mechanism is regulated by smart contracts, the developers would have no way of issuing new tokens.

In addition, the platform also enables the user to provide liquidity to the FDV token pools with additional first week x10 bonus. Initially the following pairings are going to be represented on the platform initially: 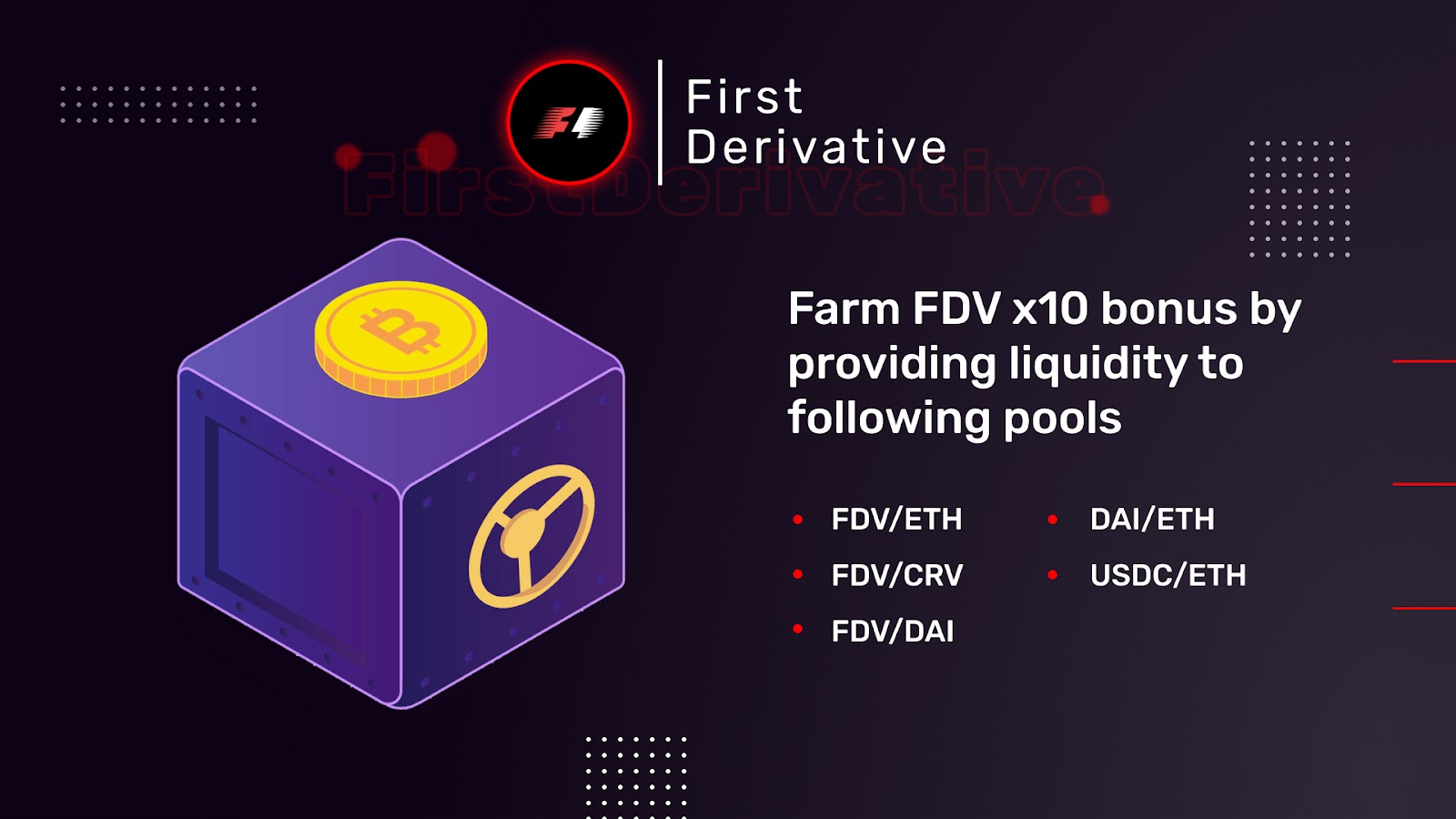 FirstDerivative is an easy to use tool with a clear interface allowing to benefit from both staking and liquidity mining. It’s the best time to join since during the first week all the APY you gain in FDV will be multiplied x10 for both stakings on curve or swerve platforms and for providing liquidity so each yield is multiplied separately x10 each.

Join the race on September 18th at noon New York time by clicking here. Stay in touch, follow us on Twitter, and connect through Telegram chat.

What is MoonDeFi: The Decentralized Protocol for Automated Liquidity

Centralized exchanges have been the backbone of the crypto market for many years. They provide fast settlement times, high transaction volumes, and continuously improve liquidity. However, a centrali...
Read More

Golff is positioned as a one-stop services encrypted bank and is being applied as a DeFi aggregator platform. The product matrix includes liquidity mining, earning collection, financial enhancement i...
Read More

Decentralized Finance, DeFi in short, is a rage these days as one of the most versatile applications of cryptocurrency’s underlying blockchain technology. Poised to become an alternative to the ...
Read More

SushiSwap has gained 9.29% in the last 24 hours to become one of the best performing decentralized exchange platforms of the day with over $3 billion in total value locked (TVL), compared to $1.2 b...
Read More