‘Fundamentally, Bitcoin Should Go Much Lower’, Nouriel Roubini Screams After BTC’s Fall Under $30,000

It has been a rough 24 hours for bitcoin investors. After trading sideways for a couple of weeks, bitcoin finally broke below the $30,000 support region for the first time in a month on Tuesday. The downward move has inadvertently cost the flagship cryptocurrency majority of the gains it had accumulated during the 2021 bull rally. 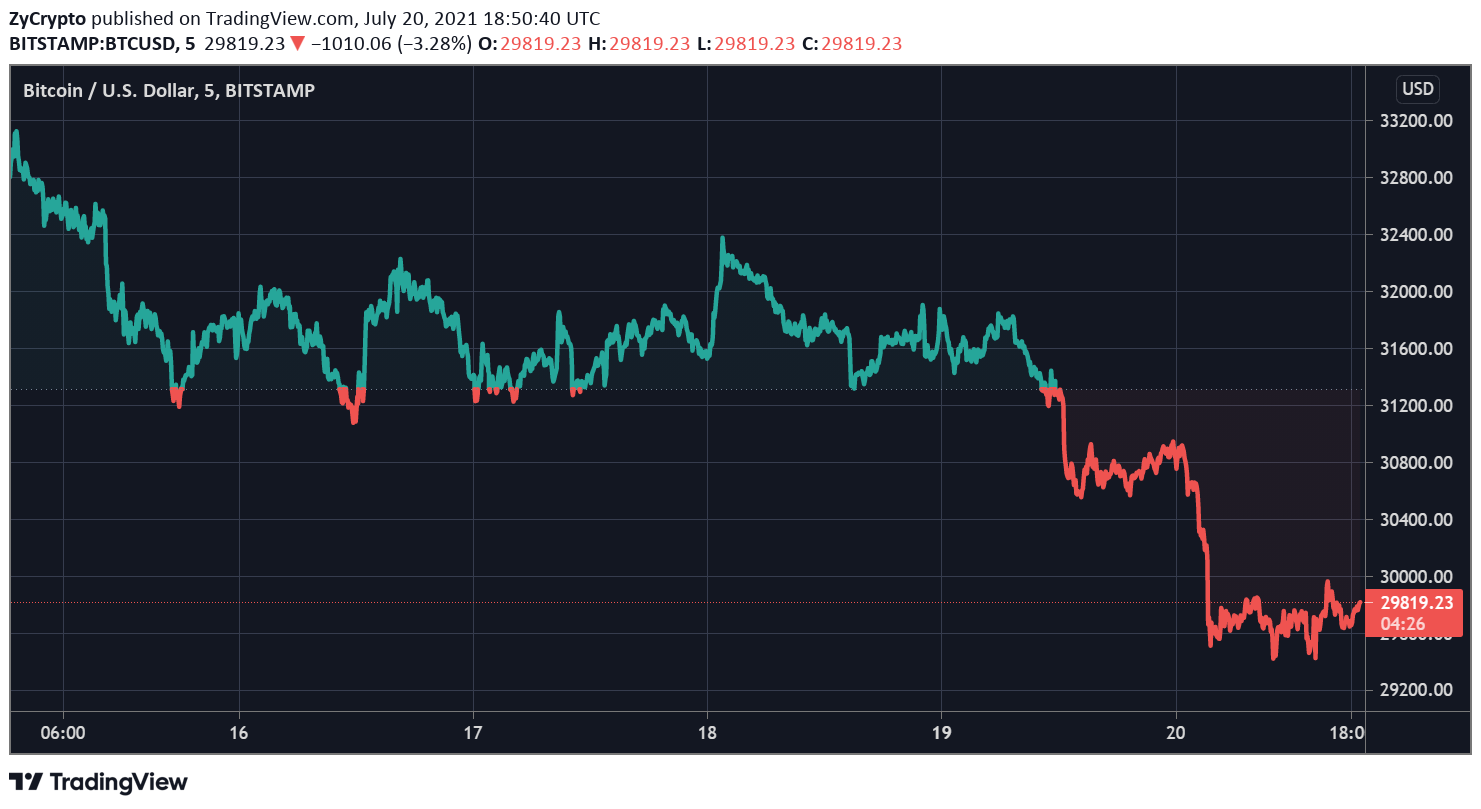 Economist Nouriel Roubini — nicknamed Dr. Doom for accurately predicting the 2008 financial crisis — took to Twitter on Monday to warn investors that Bitcoin is headed for deeper price declines after dropping below $30K.

Despite peaking just below $65,000 in mid-April, bitcoin is essentially back to where it was before the parabolic phase of this year’s bull market started. And Roubini — who has been predicting bitcoin’s impending doom since at least 2015 — did not pass up the chance to gloat that with BTC price moving below $30K, all retail investors that entered the market after March 2021 have incurred losses.

He noted that bitcoin’s current fundamental factors show that the dormant cryptocurrency is on the verge of stumbling even lower.

For the bitcoin sadist, the main question now is: will Tether’s “pump and dump schemes” save the top-ranked cryptocurrency from an apocalyptic crash as they have previously done?

Bitcoin price is now below 30K. A critical level – meaning the majority of retail suckers, who entered into the market after March 2021, are in the red. Fundamentally it should go much lower. Only issue: will Tether pump and pump & dump schemes now prop it up as in past episodes?

Earlier in January, bitcoin’s price took a dive from $34,000 to around $28,700 after shedding over 16% of its value within 24 hours. A quick bounce ensued that took the price back above $31K. At the time, Roubini described bitcoin as a “total irrational bubble on a pseudo asset” with no intrinsic value. He added that the bounce back surfaced when “fiat currency printing of Tether resumed in full scale & active manipulation of BTC started.”

Edward Moya, senior market analyst at Oanda has observed that concerns of the recent dramatic surge in the Delta variant of COVID-19 cases have triggered panic selling across major assets, with bitcoin being “the ultimate risky asset” at the moment.

Moya proposed that bitcoin could fall towards the $28,900 zone once the $30K support level is broken. “That could be the line in the sand for defending a deeper plunge toward the $25,000”, he explained.

Moreover, the founder of VC investment firm Kenetic Capital, Jehan Chu, also indicated during a CNBC interview that “all signals are red as BTC continues to be weighed down by China’s ultimate crypto ban and worsening macroeconomic conditions from a surge in COVID variants.”

With all these bearish indicators, how long the current downward bitcoin trend continues is anyone’s guess.

The bull-case for Bitcoin continues growing stronger by the day. The benchmark cryptocurrency has been able to move above the $9,000 resistance level that was previously hampering its price action. It...
Read More

Bitcoin’s recent price action has been rather lackluster compared to that seen in months and years past. For many weeks, the cryptocurrency was caught within a $200 trading range between $9,100 and ...
Read More

Bitcoin’s price action has been flashing mixed signals to investors, as its price has been caught within a wide trading range between $10,200 and $11,200 as buyers and sellers battle for control of ...
Read More