How Bitcoin Miners Are Not Causing The Price Plunge 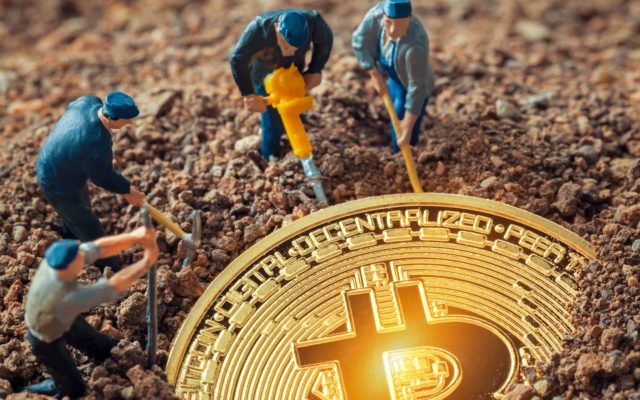 When bitcoin starts to turn south and the selloff intensifies, fingers start pointing. The crypto community wants to blame something and the mainstream media wants to sensationalize fearful headlines to get their clicks.

Bitcoin Miners Not to Blame

This latest slide has been blamed on China (again) and a miner capitulation but recent research reveals that the latter is not to blame. Bitcoin has had a little revival this week with an almost 14% recovery. That would sound good if it hadn’t already dumped over 20% in November.

We are clearly in a bear market and have been for the past five months. The term ‘miner capitulation’ refers to smaller mining outfits closing down when BTC prices are not high enough to cover their expenses. It happened during the crypto winter of late 2018 when bitcoin dumped below $3,200.

Recent research from Paradigma Capital refutes all the FUD that miners are capitulating, hash rate is plummeting, and reserves are being dumped. The report opens with the declaration that a prevalent preconception is that miners have a somehow disproportionate stronghold over bitcoin prices.

The rate at which fresh new coins are released into the market is a function of the inter-temporal arbitrage miners practice.

Miners hold the keys to the fresh supply of BTC, which of course is fixed regardless of how many miners are actively on the scene. There is a collective ‘hive mind’ that controls the supply of new coins into the market.

Miner’s share of on-chain volume (MSV) is a metric that can be used to illustrate their diminishing impact over time. MSV measures the relevance of mining output negotiation in relation to all on-chain volume.

Unlike in the early days of BTC, today nearly all mining rewards are spent from the receiving address on the same day they arrive, which effectively decreases the MSV over time. Back in the day bitcoin could be mined in a garage with a relatively decent spec gaming computer. Today it is all managed by mining pools and they are growing in numbers.

Miner outflow to exchanges is also a measure of how much BTC is being dumped on markets. Using a logarithmic chart shows this to be balanced rather than having a huge effect on prices a month after it happens.

The report is in-depth and includes a number of other metrics to measure mining impact on markets. Seeking correlations, the researchers concluded that miners actually command a very tiny portion of all BTC selling-power in the markets.

If not miners, what has caused BTC to dump this year? Add your thoughts below.

The post How Bitcoin Miners Are Not Causing The Price Plunge appeared first on Bitcoinist.com.

Recent data reveals that BSV miners are increasingly holding their block rewards as opposed to selling them on the market. Some argue that this is the result of a decreasing demand for the asset.  C...
Read More

For First Time Ever, Bitcoin Set to go Into 2020 Halving in Bearish Action

As bitcoin prices slide even further this week analysts have been looking at the bigger picture which is growing increasingly bearish. Previous approaches to BTC halving have been bullish but the oppo...
Read More

Bitcoin Mining Experiences Worst Year in Half a Decade

Bitcoin miners held a stunning competition in 2019, lifting both the hashrate and difficulty to all-time highs. But it turns out for significant stretches, mining pools absorbed serious losses. Bitco...
Read More