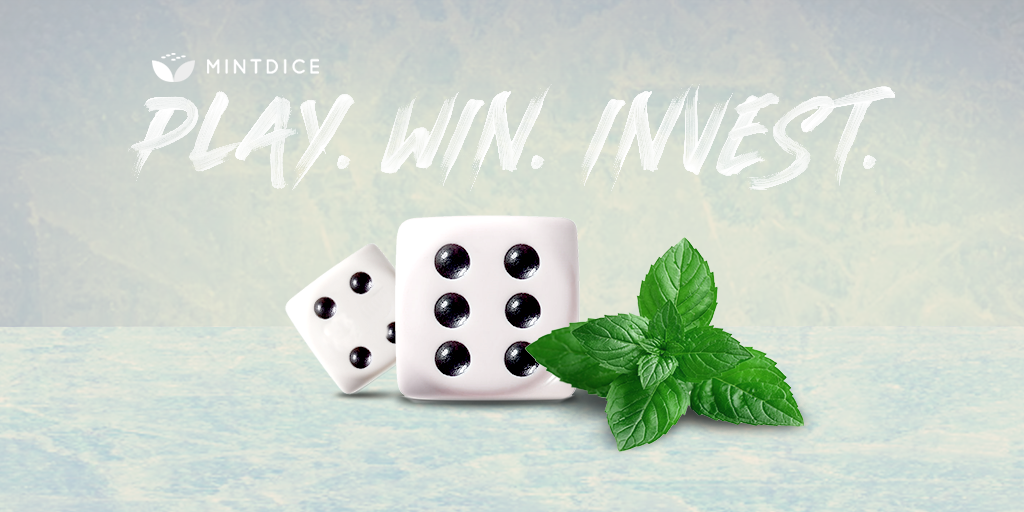 Blockchain-based online casinos have become popular of late, and notable among them is MintDice. This online Bitcoin casino has been designed with unique features for lovers of the game of chance, and generally, those who love rolling the dice for an opportunity to win Bitcoin.

MintDice is a Bitcoin casino for Dice, Slots, Pyramid, Plinko, Castle Royale, and other games. The platform was founded in March 2017, and according to its CEO, Bryce Daifuku, it was launched in a bid to rival existing online Bitcoin casino products.

“We are relatively new to the scene in what seems like a somewhat sleepy market, but we are slowly gaining interest that is fairly apparent on our backend sheets and trust in the community,” Daifuku said.

To that effect, MintDice uses a Provably Fair technology to prove to its users that its games are fair. All players get a fair chance of reviewing their bets, which helps to increase their level of trust for the platform. Much more, the use of blockchain technology makes the MintDice’s games tamper-proof.

Some classic casino games offered on MintDice include Bitcoin Dice where users get to pick their odds and strategize in a way that will enable them to win. There’s also a Bitcoin crash game called Bit.Rocket. The latter allows users to earn Bitcoin while they watch the Bitcoin rocket fly off into space.

Over and above that, there’s a unique game called Bitcoin Slots for loyal Bitcoin holders. In this case, they get provably fair spins that will see them rewarded with the crypto asset if they win. Other games are Plinko Online, and Pyramid and a combination of these casino games make MintDice an exciting playground for those out to earn or get some level of fun.

MintDice allows Bitcoin games to be played anonymously, which may go down well with those who want to prioritize privacy. All that is required to begin is a username and a valid email for account setup. Nonetheless, registering with an email address is not mandatory before games can be played on MintDice since you can still do so as an unverified user.

While MintDice may parade as a Bitcoin casino, the platform also offers support for other cryptocurrencies. Some of these assets include Ethereum, Ripple, Bitcoin Cash, Litecoin, Monero, Doge, Gas, etc. There are fixed minimum and maximum amounts that can be deposited or withdrawn for each digital asset. The same can be said for fixed minimum investment for these cryptocurrencies.

There are several investment opportunities on MintDice which players can take advantage of. These are:

The crowdfunded bankroll investment enables users to be a part of larger bets to make more gains.

Another way to earn on MintDice is to invest in its Masternode or Staking pools. For staking, you get to earn more cryptocurrency with the coins you already have. The reward is, however, dependent on the amount that was invested.

The affiliate program on MintDice allows users also to earn while playing games on the casino. Here, MintDice offers 10% of all returns referred by your referrals.

MintDice has more features up its sleeves for the coming months. Some new games/projects that are currently under development include:

The Be The Bank product is a yet-to-be-launched an investment opportunity for users of MintDice. Upon its launch, MintDice users can invest in the casino’s house bankrolls to receive rewards based on the number of bets they had placed. Interestingly, this product is risk-free; however, the expected return is low.

Apart from the Be The Bank product from MintDice, the platform has another it is looking to launch. It is the PowerMint Bitcoin Lottery project. According to MintDice’s CEO, PowerMint Bitcoin Lottery may be released before 2019’s end. Daifuku also believes that this project has the potential of becoming the world’s best Bitcoin lottery and even a favorite of cryptocurrency enthusiasts.

MintDice also intends to launch a sportsbook and user interactivity features. The aim is to enhance user engagement for both beginners and advanced players on the casino. These features will offer free rewards to users of the platform for interacting on MintDice.

MintDice is one of the best online casinos today, specially tailored to the cryptocurrency space. Hence, if you’re feeling lucky and ready to increase your portfolio, here’s one way you earn more Bitcoin over time. Nonetheless, it’s worth noting that you need to make informed decisions before investing since there is still some level of risk associated with online gambling.

If you’re looking for a place to wager your cryptocurrencies and savor the taste of quality entertainment, then congratulations, you have come to the right place!  CryptoGames possessed and ou...
Read More

Travis Kling, a crypto asset firm manager has drawn the public’s attention to a questionable cryptocurrency transaction that involves leading cryptocurrency exchanges Huobi and Okex and more in...
Read More

Six Creative Ways to Use Your BTC Post-Bull Run

With the bull run of BTC upon us, and Bitcoin surpassing the $10,000 benchmark, now might be as good a time as ever to use your BTC before the volatility heads back south. It’s been a while since we...
Read More