In recent times there has been considerable attention paid to cryptocurrencies by regulators globally. There have been increasing talks to understand the sector and regulate it accordingly in order to bring it under the purview of the law.

Based on that, the current US treasury secretary, Janet Yellen had a meeting to discuss the role of stablecoins in the financial sector with regulators on Monday. Attendees at the meeting will include members of the President’s Working Group on Financial Markets, the Office of the Comptroller of the Currency, and the FDIC.

Yellen highlights that it is important to bring the regulators together to assess the risks and benefits of stablecoins to the financial system as they were growing rapidly, without having clear regulations to govern it. In a statement on Friday, she said: “Bringing together regulators will enable us to assess the potential benefits of stablecoins while mitigating risks they could pose to users, markets, or the financial system. In light of the rapid growth in digital assets, it is important for the agencies to collaborate on the regulation of this sector and the development of any recommendations for new authorities.”

A CNBC report notes that for some time, regulators have been raising concerns over the transparency of stablecoins, the reserves that allegedly back them, and how much reliance is being packed on them especially in cryptocurrency DeFi platforms.

Significantly, the asset class seems to have gained a bad reputation as per transparency. Cryptocurrency influencer, “CryptoWhale” in a tweet claimed that requests by an interested party to financial regulators in California were responded to with a statement that the regulator had no documents showing any reserves backing USDT and USDC, two stablecoins among the top 10 cryptocurrencies by market cap.

California financial regulators say they have NO documents that show what is backing Tether USDT or Circle USDC. pic.twitter.com/PkvtFhuk6z

Notably, this is not the first time Tether’s USDT has come under scrutiny. The stablecoin is supposedly pegged to the dollar at a 1-to-1 ratio and essentially acts as a digital dollar, helps provide liquidity, and offers a widely recognized token that can facilitate transactions between various cryptocurrencies, and sometimes exceeds Bitcoin in trading volume.

The major concern that has been raised has been that while Tether claims that it mints new coins in response to need, its critics argue that Tether is part of a sophisticated scam that basically boils down to using the company’s in-house currency to buy Bitcoin, which has the intended side effect of juicing the price of Bitcoin, and to otherwise exploit cryptocurrency markets. Calls for auditing of the reserves of the stablecoin and the company behind it have also not been carried out. 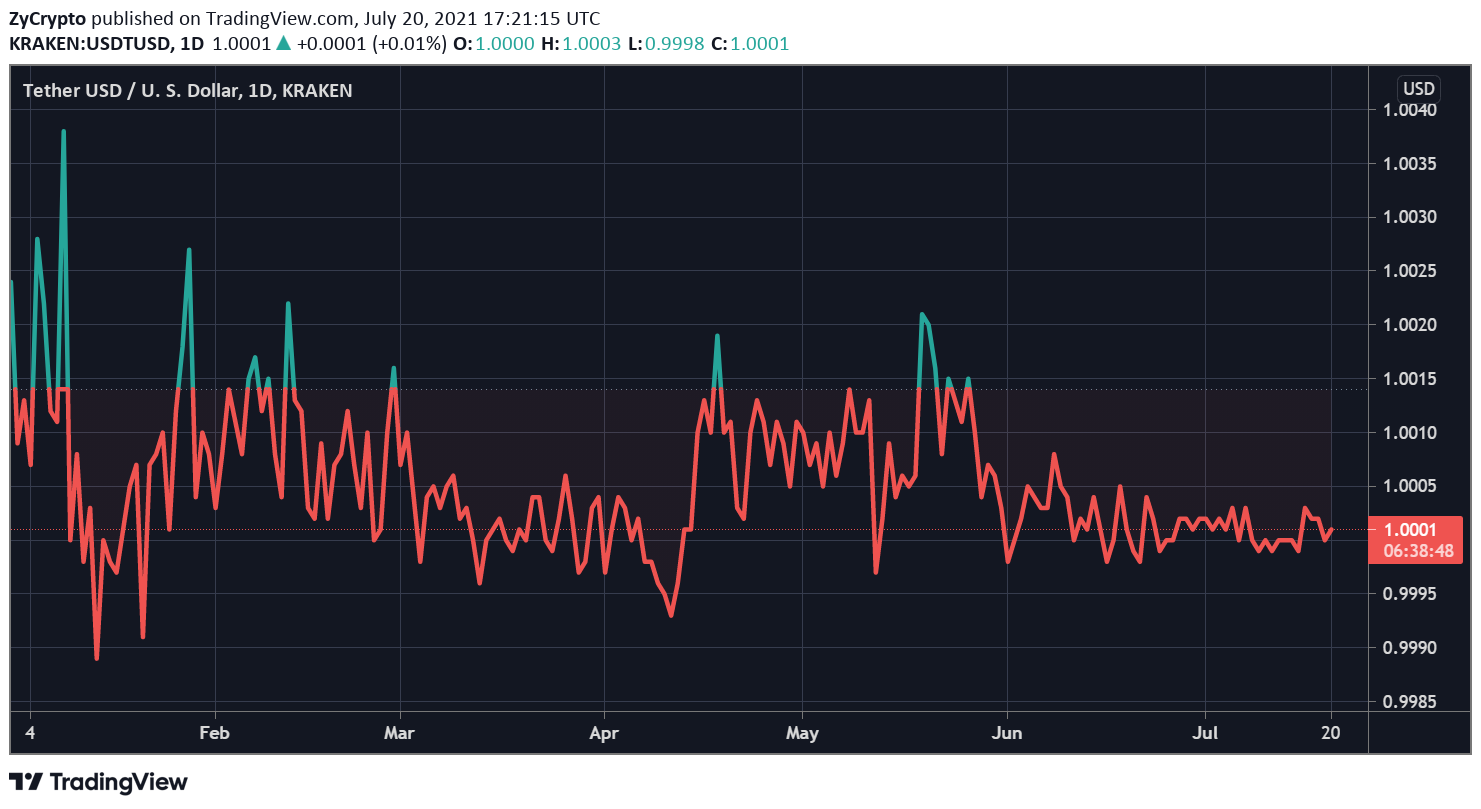 With the pivotal role stablecoins play in the mobility of liquidity in the cryptocurrency market, it is expected that they are as transparent as possible. Should investigations find them to be otherwise, the consequences may be dire for the cryptocurrency market. With over $61 billion worth of USDT in circulation, there will be serious damages to the price of other cryptocurrencies should the allegations against them be found true.

US Government Worried Crypto Can Shift Power to Private Sector

Cryptocurrency is one of the top issues for the U.S. Treasury. Particularly, the Treasury is worried decentralized cryptocurrencies can shift some functions away from the government to the private sec...
Read More

A piece of excerpt allegedly taken from a JPMorgan & Chase’s report is warning its clients about a potential “liquidity shock” in the Bitcoin market. The extract praises the cryp...
Read More