Is An Ethereum Season About To Dominate The Market? 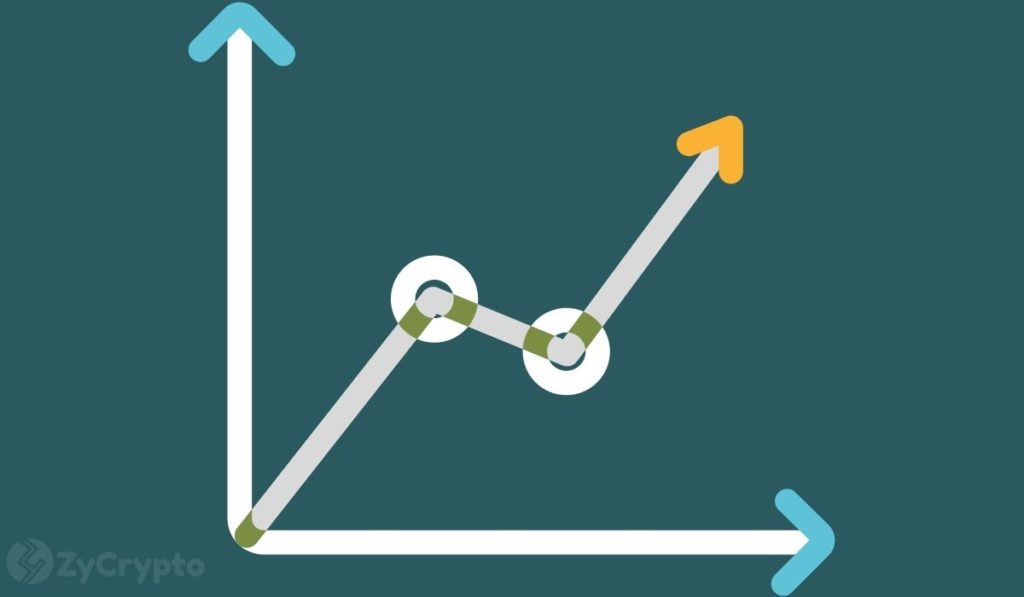 Bitcoin has been in the spotlight for good reason. Its daily price breakout has the market in excitement and most recently, the leading cryptocurrency retested previous resistance and smashed a new all-time high of $41,000. Next to Bitcoin is the second most valued cryptocurrency by market capitalization, which is poised for a bullish explosion in the coming weeks. Ethereum’s ETH like BTC, has been poised for a breakout in price since last year. At the time, fundamental analysts were most suggestive of the bullish run and now analysts are reiterating that ETH is already well-positioned to skyrocket to the moon.

At press time, Ethereum is trading at $1088, over a 2% decline from its record high of $1300. Ethereum has faced multiple rejections at the $1300 zone as selling pressure intensifies. The selling pressure from yesterday sent BTC and ETH to a downward correction, but the bulls were quick to key in and absorb the selling pressure. 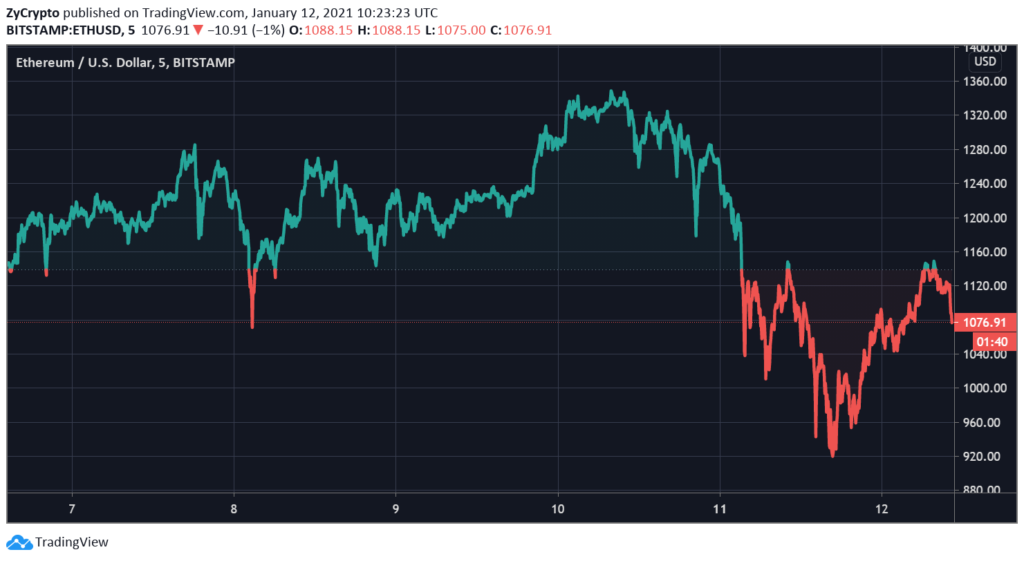 Both assets later proceeded to reclaim new highs and for Ethereum, gaining enough momentum to surge past the $1300 resistance level could send it to new highs of $2000, per analysts’ predictions. In the near term, Ethereum bulls might have to fight off selling pressure until the breakout is attained and sustained. Once successful, this trader asserts that prices could hit $2000 and go even higher. He explains this via Twitter saying;

there’s no doubt in my mind that it trades at all time high this year probably much sooner than i have it showing.”

Ethereum futures have also been mesmerizing analysts, especially with the rising investment interest in ETH futures that was reflected in the reception from its debut on the Toronto Stock Exchange. DeFi is also coming in big with many potential bullish takeovers and like last year, ETH is very likely to benefit even higher from DeFi’s increasing value. Bitcoin investor and Youtube content creator Lark Davis noted this earlier, adding that ETH had the potential to hit a minimum price of $10,000.

He added that the incoming altcoin pump after the bull rally could be the most record breaking the market has seen.

The #altcoin pump when #bitcoin chills will be written about for years to come! This is your chance for life changing wealth generation, it doesn't come often, so be ready!

After a short bout of bearishness that led Ethereum to retrace nearly all of the gains that were incurred as the result of its recent rally, the cryptocurrency has now been able to post a notable tech...
Read More

Ethereum Is “Coiling” for a Breakout as ETH 2.0 Nears: Here’s What Analysts Are Saying

Ethereum rallied so far and fast in 2017 that there was a point at which analysts were expecting the market capitalization of ETH to flip that of Bitcoin. Fittingly, this event was dubbed the “flipp...
Read More

Ethereum Could Soon Get “Launched” Past $400 as Technical Strength Grows

Ethereum’s price action has been closely correlated to that of Bitcoin throughout the past few days. This has caused ETH to enter a consolidation phase as it trades just below $320. Although its sli...
Read More

This Eerie Ethereum Fractal Suggests The Top Is In… For Now

Once Bitcoin finally began to cool off, capital began to flow into Ethereum causing an enormous breakout. The rapid rise took the altcoin to an over 50% increase in just two days, but a selloff stoppe...
Read More