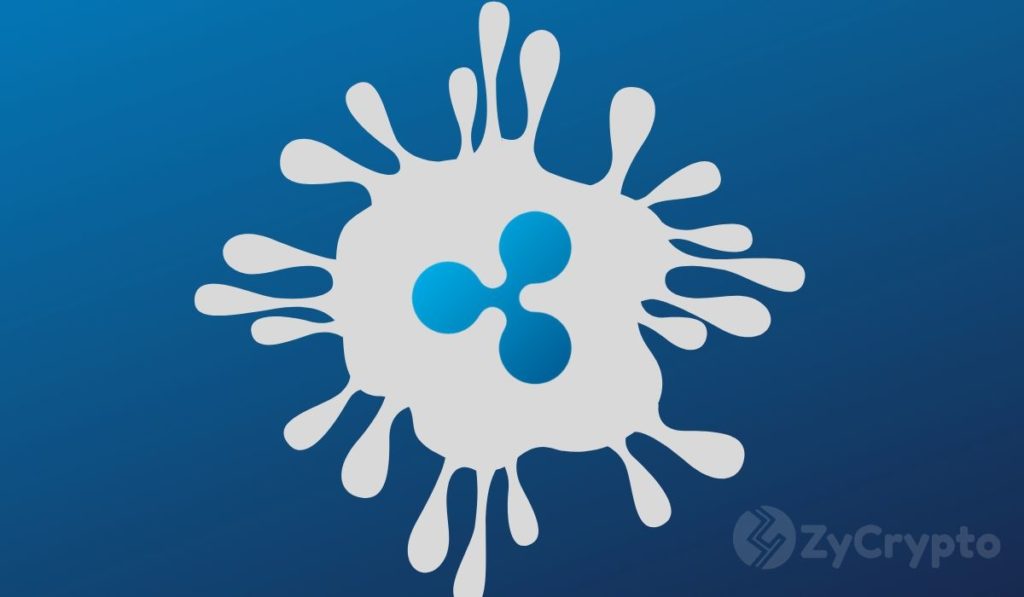 With the uncontrolled spike in the number of coronavirus cases in the past few days, it’s difficult to look on the bright side. Yet, quite a number of people have made a full recovery after testing positive for the virus. One of these people in the crypto community happens to be the co-founder of Ripple, Chris Larsen.

Larsen announced on Twitter a couple of hours ago that he has fully recovered from the virus. He then urged other coronavirus survivors to donate their blood.

Hope In The Time Of Crisis: Larsen Recovers Fully From COVID-19

In a tweet on April 2, Chris Larsen thanked everyone that is risking their lives to save others ailing with the virus. Notably, he had not previously disclosed about testing positive for coronavirus. The crypto community came to know about it when he revealed that he has recovered.

He shared a photo of himself wearing a face mask while donating blood. He then encouraged others to also donate their blood in the fight against the devastating pandemic. It has been discovered that the blood plasma of coronavirus survivors is helpful for sick coronavirus patients as it contains antibodies.

Thank you to everyone on the frontlines keeping us safe – am truly grateful to report that I’ve made a full recovery from #COVID19. If you’ve recovered from the virus, please consider donating your blood to help with antibody transplants: https://t.co/icm06Et5fr pic.twitter.com/331Mjv43Z6

His revelation was followed by a slew of comments from the cryptocurrency community as they expressed their delight in his full recovery. Some of the people that showed their solidarity include Ripple CEO Brad Garlinghouse, Tron founder Justin Sun and Ripple CTO David Schwartz.

Schwartz, especially, explained why it is important for people who have recovered from the virus to donate their blood in a series of tweets that can be seen below.

The idea is to use the antibodies that his body is making to attack the virus in very sick people, slowing the virus down and buying their immune systems extra time to fight the virus before the virus overwhelms their lungs.

… so you have to be really confident it's very safe over the long-term for the rewards to outweigh the risks. That's hard to do in less than a year and a half or so. The trade-off is better critical cases even with less confidence of safety. 2/2

Despite governments all over the world initiating tight lockdowns to prevent further spread, more cases are still being reported. In fact, the total cases globally recently surpassed the one million mark. As of now, there are roughly 1,030,628 confirmed cases while 218,771 people have made full recovery.

It’s safe to assume that if the recovered patients follow Larsen’s example and donate their blood, it would go a long way towards reducing the number of coronavirus-related deaths.

Chris Larsen co-founded a company known as OpenCoin in September 2012 with Jed McCaleb (now CTO of Stellar) and later renamed it to Ripple. Larsen stepped down as the chief executive officer of Ripple in December 2016 but he is still the company’s executive chairman.

As XRP soared past $3 in the January 2018 rally, Larsen earned himself the title of one of the wealthiest people in the cryptocurrency space owing to his sizable XRP stash. However, he is quite philanthropic and has donated a good chunk of his wealth for a good cause. For instance, he donated approximately $25 million in XRP to San Francisco State University sometime last year.

Ripple’s On-Demand Liquidity service, which facilitates international remittances and settlements, can work without leveraging XRP as a bridge currency. This is according to the CTO of the San Fran...
Read More

Ripple CTO David Schwartz weighs in on discussions of a “Great Financial Reset” by saying talk of a one-world currency is premature. However, Schwartz acknowledges that a global network of...
Read More

Ripple CTO David Schwartz Is An XRP Whale. Here’s How Much He Owns

Ripple CTO David Schwartz earlier this week told the world how much XRP he owns and it’s a significant amount — automatically making him a whale. Schwartz is one of the original architects of ...
Read More