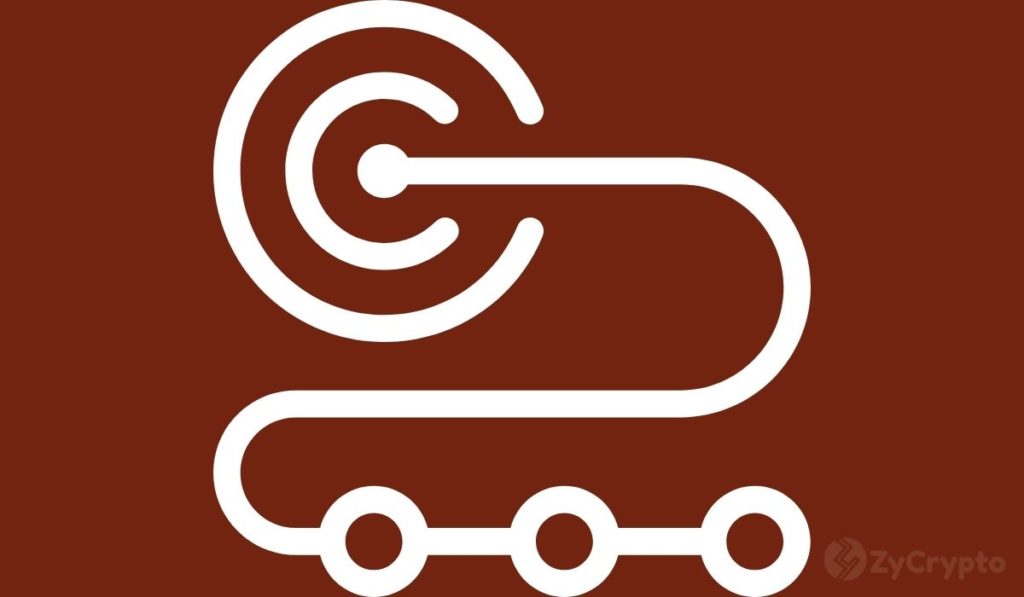 Bitcoin crashed by 17% on Monday from an all-time high of $58,330 on Sunday to below $45k. The dramatic drop in price has been attributed to massive selling pressure when the top coin approached the critical $60K level.

The reverse price action has left many mixed feelings in the crypto market with hardcore HODLers campaigning for buying the dip but leaving other less passionate investors confused and ready to bow out indefinitely.  Renowned daytime trader Dave Portnoy has finally vowed to never buy bitcoin again.

While analysts maintain that Bitcoin was due for a correction, they are not clear on whether bitcoin will tank further or how long the dip is going to last. However, after the deep is over, Bitcoin is estimated to have its next key resistance at $75K on its way to $100,000. 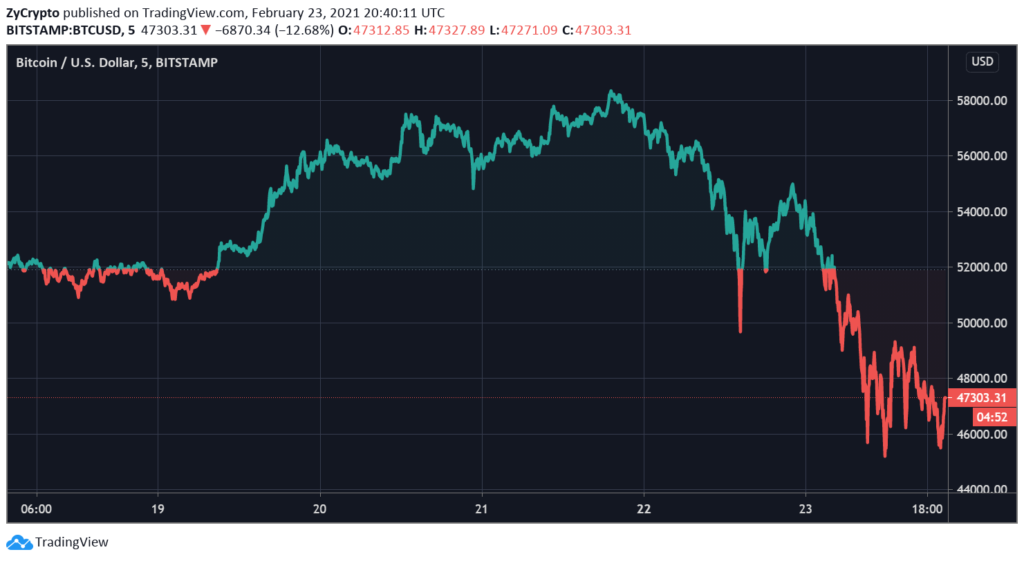 According to bitcoin supporter and Global Macro Investor Raoul Pal, Bitcoin’s fast-paced ascend was bound to pop in a well-timed correction that will allow people to acquire more BTC at the dip.

“Is it just me that feels relief when BTC sell offs come? You know they are coming but when they finally arrive you can switch into the dip mode.”

Additionally, Raoul says the dip is consistent with the month of March – a historically weak month that may deepen or prolong bitcoin’s price slump.

“March is a historically weak month. Not sure if this is the bigger March correction of just another cheeky shakeout.”

BTC Has an Upward Trend

Bitcoin may get speculative and overshoot due to its network effect of money, but often corrects to a weekly 300 EXPMA before rising again.

“BTC is currently nearly 600% above its 300 week EXPMA. It normally hits 1000% or more when all said and done, before correcting (and that’s a long way from here considering the EXPMA is rising now too and will continue to do so).”

Pantera Capital’s CEO Dan Morehead also believes that bitcoin will be the highest valued entity in the US in 2022.

“Bitcoin itself is already bigger than all but four public companies in America. At current prices, if bitcoin continues on its 10-year 213% CAGR it will surpass all public companies next year.”

“Crypto is risky. Don’t invest more than you can afford. Ride the blue chips if you decide you want sector exposure. Plan for taxes and fees, by minimizing the number of positions you have, and think about tax selling and memetics in a hypergrowth market.”

Bitcoin’s rally has shown some slight signs of slowing as it struggles to gain a solid foothold within the $10,000 region. The cryptocurrency is now consolidating as buyers attempt to gain greater s...
Read More

Bitcoin Halving is Met with Mixed Sentiment Amongst Traders

Bitcoin’s fundamental strength has been growing in recent weeks, which is starting to be reflected in its price action. After an extended bout of technical weakness as BTC traded within the lower-$1...
Read More