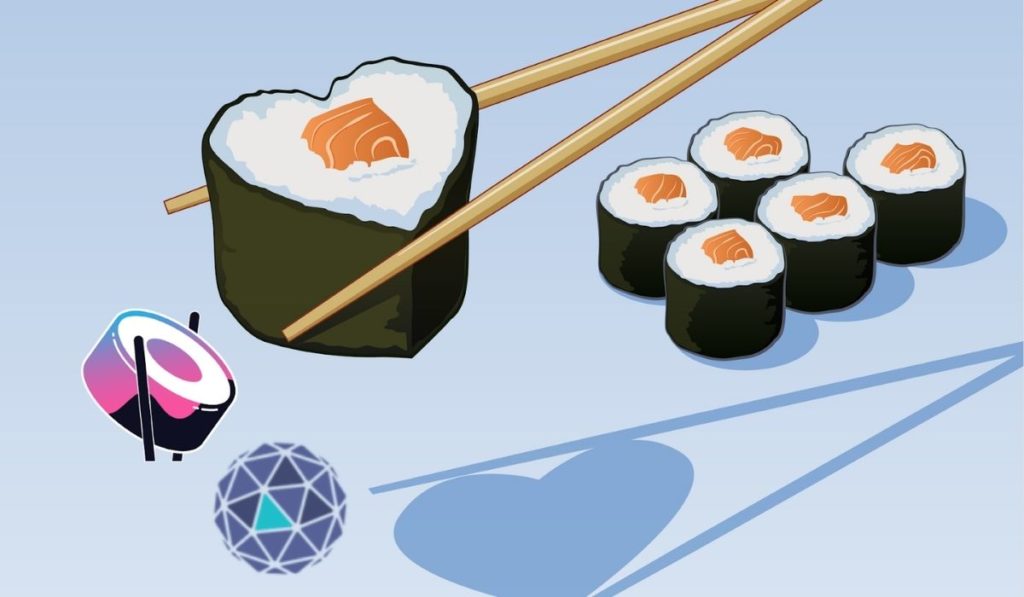 Orbs, a hybrid blockchain infrastructure with enterprise-grade scale, has listed its token on SushiSwap, one of the largest decentralized exchanges by total value locked and volume.

The new listing is yet another milestone to bridge ORBS token to multiple ecosystems. Exploring this additional platform allows Orbs, which aims to connect the world of enterprise to DeFi, to leverage SushiSwap’s potential for speed, low costs, and unlocking new use cases.

ORBS, which has some $200 million in liquidity and around $2.8 million in 24-hour trading volume, was formerly only hosted on the Ethereum blockchain.

By utilizing Sushi DEX, users can easily transfer their tokens from Ethereum to ORBS and put them to earn from liquidity pools, while remaining exposed to the original token.

In addition to swapping service, SushiSwap heavily incentivizes liquidity providers to stake their tokens by offering extra rewards. Specifically, ORBS holders can monetize their tokens’ full potential by adding liquidity to the Orbs pool. Being a liquidity provider requires locking of Orbs and ETH in equal amounts and the process entitles the LP to a 0.25% fee, proportional to his share in the pool.

SushiSwap is a decentralized cryptocurrency exchange, owned and run by its community members. Built on the Ethereum network, the DEX works without an order book but sought multiple points of improvement. Instead, it uses a mechanism called automated market-making (AMM), where liquidity providers leverage smart contracts to create and manage pools of their tokens.

SushiSwap originally emerged as a fork of the biggest decentralized exchanges in the space, Uniswap. Since its launch in 2020, the platform has made a lot of noise and become overwhelmingly popular with more $5.5 billion worth of liquidity pool tokens having been staked on.

The SushiSwap listing comes shortly after Orbs has listed its token on the PancakeSwap platform, the most popular DEX/AMM on Binance Smart Chain. This was an important milestone for Orbs to gain a further foothold on the BSC ecosystem.

That aside, there were other interactions between Orbs and the world’s most influential crypto exchange, which recently included the backing of the DeFi.org portal. This accelerator was launched to incubate innovative DeFi projects in partnership with Binance.

Orbs’ vision is to convert real-life businesses to blockchain at scale by turning the trust-enabling technology into mass-usage applications for many sectors.

Other projects being worked on by Orbs include a new liquidity-as-a-service application that makes access to DeFi easier for professional investors. Dubbed ‘Liquidity Nexus,’ the application bridges the gap between CeFi and DeFi and provides a massive source of new liquidity for upstart projects.

There is also the Orbs DeFi Grant Program which is looking for ways to further expand the number of contributors developing the network and ecosystem.

While Bitcoin was trading sideways, small-cap altcoins, decentralized oracles, and DeFi tokens were the stand out crypto market performers for several months. However, as the first-ever cryptocurrency...
Read More

Without a doubt, dApps will continue to disrupt the crypto world as companies are investing heavily in the development of the DeFi ecosystem. Likewise, investors are willing to earn more returns by pl...
Read More

How ‘Value DeFi’ is Revolutionizing the Blockchain Industry

According to DeFi Pulse, the total value of digital assets locked up in the DeFi tools and protocols has increased from $203 million to over $13 billion. Statistically, it’s crystal clear that ...
Read More

BSC Is on Fire: Projects Migrate to a New Ecosystem

Have you ever tried energy drinks like “Burn”, “Red Bull” or “Monster”? Despite the fact that they don’t give you wings they do help to boost productivity whe...
Read More